(My poor little blog. Best water it before it curls up and dies altogether.)

A happy post for a change: Owen was at summer camp for the past two weeks at a joyful little place called Adventure Valley. AV is not specifically a camp for children with disabilities; it’s a private, non-religious day program in Thornhill, at Leslie and Steeles (here in Toronto), run by a lovely woman named Lynda Fishman.

Lynda is a friend of a friend who believes in the benefits (for all children) of integrating typically-developing children with children with disabilities. (Note to self: why is this still unusual?) She also holds dear the notion of families doing activities together – in this case, siblings attending summer camp together. So, after introductions, and despite the fact that the camp was full for July, she invited Owen and Angus to attend.

I was deeply impressed for a number of reasons. To start, Owen himself is a lot to get one’s head around. He has complex medical needs, requires significant physical accommodation and extensive alternative programming. Lynda knew all this going in, and without asking how or what or why, she just said “come. we’ll figure it out”.

The camp is also expensive. It’s a beautiful private facility on manicured grounds with 2 swimming pools and regulation tennis courts. Full meals provided daily, extensive programming, 3-to-1 staff/camper ratio. 4 x more costly than the local community center camp, and I can see why. (Sending 2 children to camp for 2 weeks (including transportation) costs about $2000.) So here’s the other reason why I was impressed: Lynda asked for funding on HER end – I didn’t have to do it! AV is connected with an organization called Chai Lifeline, which provides programming funding to organizations who seek to include children with illnesses and disabilities and their siblings. Chai Lifeline generously funded Owen’s full camp fee.

There’s much to say about Owen’s experiences at camp, which I will cover in another post. This post is more about Adventure Valley itself. I’ll detail a few things though, so that readers are not making assumptions about what AV does and doesn’t do:

So all of this to say that AV facilities and programming were not designed with Owen’s particular requirements in mind and several less-than-ideal-but-certainly-good-enough accommodations had to be made. Which of course is fair enough, and makes Lynda’s openness to including Owen all the more fantastic. I will undoubtedly send Owen again. Lynda and I have each identified opportunities for improvements and we will figure them out together for next time.

After Owen’s brutal spring with such a lengthy hospitalization, what a wonderful start to the summer.

Photos of Owen, Sallyanne and AV staff below. (I have photos of him with other campers, but I hesitate to post pictures of children without permission.) 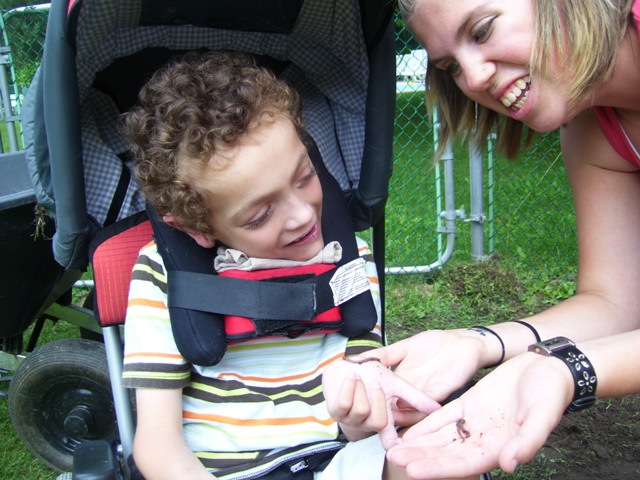 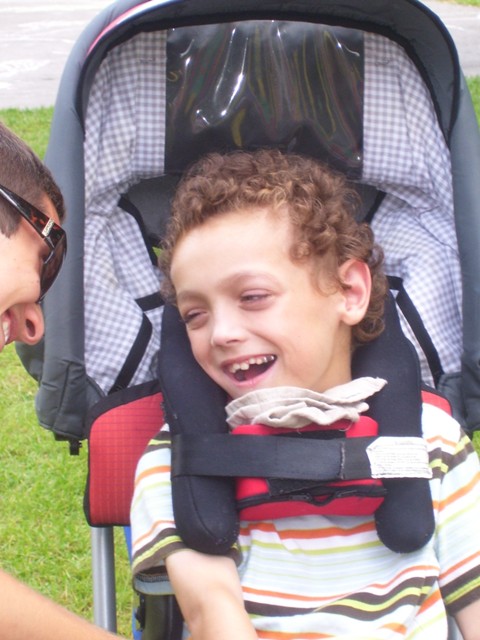 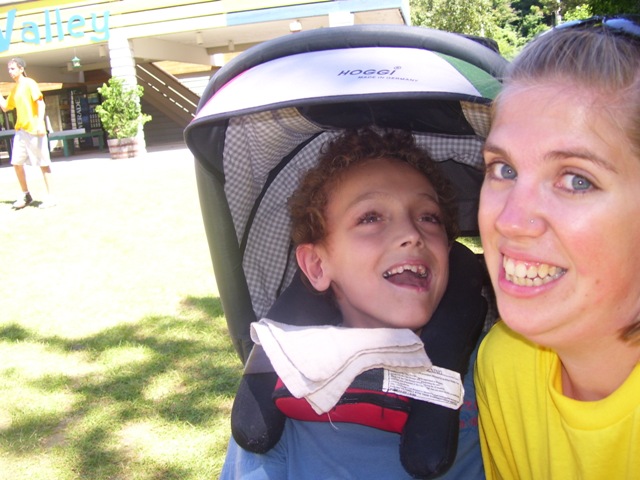 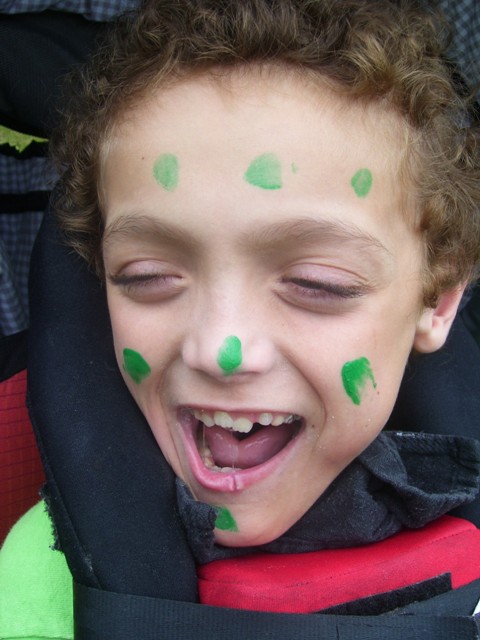 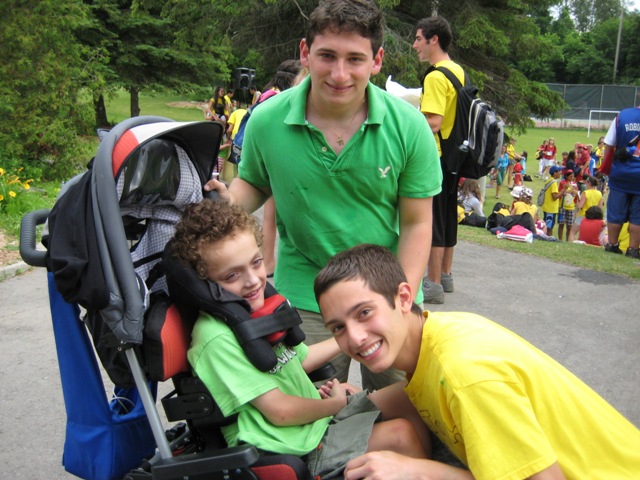