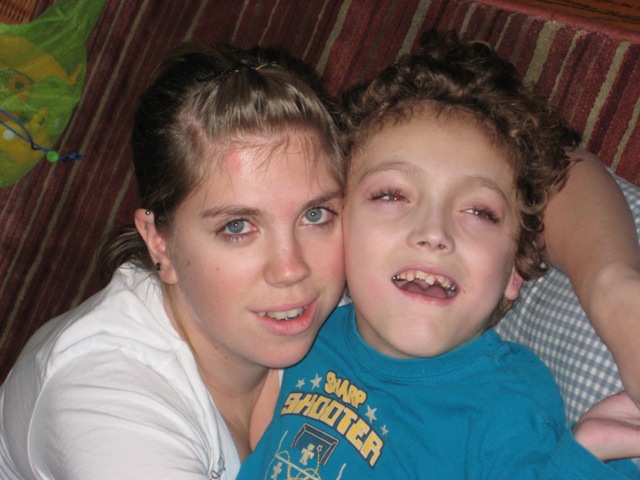 Owen’s intrathecal baclofen pump was removed early February. The surgery itself was a great success – only 4 days in the hospital. He’d had a muscle biopsy as well (where a 2x2cm square of muscle was removed from his quadricep muscle – ouch).  I think that probably hurt more than the abdominal incision.

We recently received most of his outstanding test results and they all came back normal.  Still to come are the skin biopsy and a blood test for something called PANK2.  Honestly, I can’t even be bothered to look it up.  Another wild goose chase, I suspect.

I’m excited about another test coming up – his brain MRI this coming Monday.  This will most likely give us a good picture of any brain abnormalities.  Of course nothing ‘actionable’ but I think we will better understand the nature of his dystonia and spasticity.  He hasn’t had a brain scan since before he was 2 years old – a time when the brain is decidedly not fully formed – so this will hopefully tell us much.

People often ask if Owen is now ‘better’ after the surgery.  The short answer is no.  The surgery wasn’t meant to fix anything – just remove an old piece of useless hardware. The long answer is still no, but for different reasons.  I’m don’t want to make any more promises about posting again soon –  but I promise to post again soon.  (Old habits die hard.)