We had our appointment yesterday to discuss deep brain stimulation with the neurologists at Toronto Western Hospital.  DBS is the latest thing in the world of neurosurgery – an implant that can control impulses from certain areas of the brain.  Successfully used to treat depression, dystonia and Parkinson’s in adults, it is now finding its way into severely disabled children with dystonia.

I was looking forward to exploring the possibilities and finding out more – and hoping to rule it out, or rule it in.  I came away from the appointment deeply disappointed – not in the doctors, not in the surgery, not in myself.  Just bummed in general.  Despite my resistance to another potentially useless surgically-implanted device, in the brain no less!, I was committed to continuing the dialogue until a decision had to be made.  I was anticipating the moment when all that research would turn into an obvious answer.  No such luck. 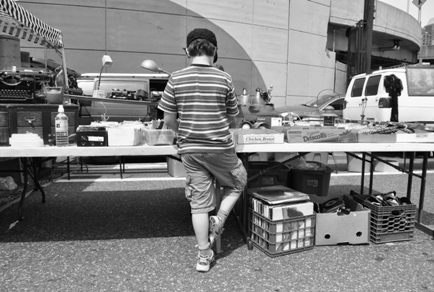 Hell's Kitchen Flea Market, NYC - has nothing to do with this post.

Only a handful of children in Canada have had the procedure done, and only a few of them have had the device implanted long enough to report any results – most with no to minimal improvement (of kids similar to Owen). Interestingly, the neurologists cited official-sounding statistics, like “1-2% will experience a stroke during the procedure due to burst blood vessels”.  1-2%?  Based on a sample of less than 10?  I asked for clarification.  The number was extrapolated from the adult population and applied to what they know about children’s brains.  Fair enough.  But to me, that explanation rendered the numbers virtually meaningless.

We discussed the ins and outs, the pros and cons, the ups and downs.  Random quotes:  “Maybe it will help.  Maybe not.” “May provide some pain relief.  Maybe not.”  “May cause tingles or additional posturing.  Maybe not.”  “Probably can’t hurt.  Maybe.”  “If you’ve tried everything else, I can’t see a reason not to try.”  “As far as brain surgery goes, this is pretty low risk.”  “No, we won’t take it out if it doesn’t work.  But it might be worth a try.”  “Why not?”

I guess that saying is applicable here:  when all you have is a hammer, everything looks like a nail.  Might as well give it a whack.

Thanks, but no thanks. 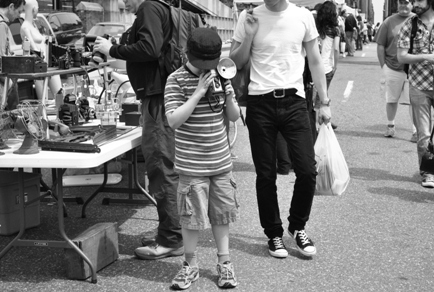 One of my favourite shots of Angus. Owen did not come on this trip.