Thank you to everyone who has reached out to us in the last few weeks.  I can find it hard to connect with others (especially in this forum) during such a deeply personal, inward time but I have certainly felt the love and compassion of those who have offered their kind wishes and support.

So in response and as a thank you, an update: 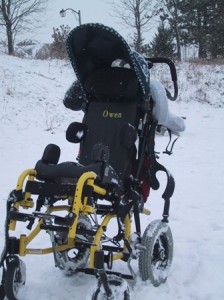 I miss Owen.  So much.  He has left an empty space so big I can’t step around it – I move through each part of my day, each section of my house, each thought in my head, with the inexorable awareness that Owen is simply gone.   In spite of myself, I look for signs that he’s somehow here with us and I don’t see or feel any.  Perhaps this is a good thing – an indication that  I am not conjuring up ghosts for my own comfort or defense against sadness.

Very occasionally I wonder if he now lives only in my memory and nowhere else; a stream of thought that becomes a lonely atheistic rebellion against sentiment.  Most other times I sense something else entirely- a collective consciousness in which he and all of us reside, moving in and out of human form.  Truth be told I am uneducated and disinterested in matters of religion – and I am not seeking to find a home for my beliefs.   Rather, I am at a very personal level seeking the common ground between my sentimental emotions and my rational thinking mind.  Which can be a moving target.  I have as many beliefs as there are moments in a day so I warn you – I will not argue or defend anything I say!  There is only exploration and wonder. 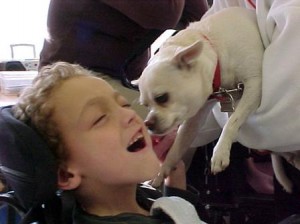 Owen’s death is not tragic to me.  (I  am profoundly sad, but let us assume this goes without continually saying so…)  He had a very, very full life.   There was no potential left unfulfilled. Certainly there was more love and community and visceral experiences in store for him, but in a way it all would have just been more of the same.  The manner and timing of his death are indications to me that whatever the purpose of his own soul’s journey, it was utterly fulfilled.  Who am I to rail against fate, or reality, or truth?  And what purpose would it serve? I accept his death in the same fashion I accepted his life.  In the words of a therapist from long ago, “Love what is”. 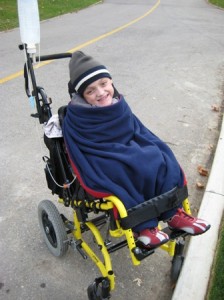 I have been writing offline for a few weeks, exploring some of these concepts and wondering where exactly I will net out.   In these writings I have not so much been reflecting on Owen’s life, but reflecting on mine.   Intertwined of course, but it’s only me moving forward now.  Through these written explorations, I now see my time with Owen as a call to service – a responsibility for which I was assigned (by w(W)hom?) and was accountable (to w(W)hom?) for doing what needed to be done.

Deepak Chopra, in a recent talk in Toronto, spoke about this – the yoga of action defined as service – and then added a wallop at the end:  do what needs to be done (check) without attachment to the results (gulp).

My attachments notwithstanding, I have been gracefully released from my duties as caregiver to Owen and now, gingerly, move on to my next assignment:  telling Owen’s story, my story.  Through words and images, shining light into darkened corners.