I came out to the reception area and now everything looked different. It was quite disorienting. When I had entered the room the first time, everything was fine. And now everything was not fine and I had no idea why. And at the same time, nothing had actually changed. I tried to remind myself that the only thing that was different was exposure – information about something or other that was happening anyway, whether I knew about it or not. Whether I liked it or not. This was an earnest but failed tactic – I am sure I looked panicked and wild-eyed to the other patients. Still there was no available seat so I stood in a back corner, waiting for the promised report. 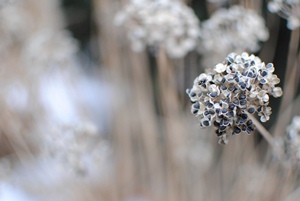 About ten minutes later, the receptionist summoned me over and handed me an envelope. It was letter-sized, dark yellow. Sealed. She said quietly, “Give this to your doctor.”

I stood there staring at it, holding it in my hand. It didn’t occur to me to rip it open – after all, it wasn’t addressed to me. Instead, I decided to phone my midwife. The clinic was remarkably unhelpful in giving me direction or guidance and I thought perhaps Sarilyn would know what to do next. If nothing else, I had this envelope to give her.

I opened my phone to see that the battery had died. Now what?

The clinic was exceptionally busy and there were many women and couples, sitting and standing around. Perhaps borrow a phone? I searched the faces and no one made eye contact with me, although I know I was conspicuous and had been closely observed when I came out from my ultrasound. Not because it was me specifically, but because it’s what one does in a situation like that. On one hand, there’s a feeling of community and affinity. So many pregnant women! They all know what I’m going through! On the other hand, a bitchy wariness. Do I look like that? I don’t look like that. She’s really heavy. She looks tired. I hope I don’t look like that. 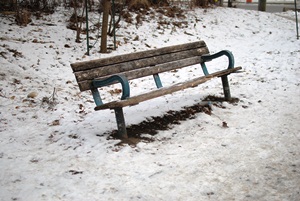 So no, borrowing a phone was not going to happen.

The only other possible phone was the receptionist’s, which was of course in active use and located rather inconveniently (for me) under the top overhang of the façade of the desk. No matter – I must speak with Sarilyn. I asked to use the phone.

The phone cord was quite short and I had to really reach to get the receiver to my ear and still talk into the mouthpiece. The curly cord was stretched so taut I felt like I was dangling from it. As I stood on tiptoes, trying to not fall over and sweep everything off the desk, my half of the conversation was heard by all.

She suggested I come back to her office to discuss what was happening. She wasn’t sure how she was going to advise me yet but we would need to meet, review the report, make decisions. Again with the word: decisions. What decisions, I wondered? I truly had no idea what she was talking about, and said so. Decisions about what? Whatever she said, it would be okay. All of my esoteric ‘new-momma’ rules had flown out the window at that point. I would take any medications, endure any radiation, drink any potions. Whatever I needed to do to make this right.

Sarilyn clarified: Decide whether or not to terminate the pregnancy.

Terminate? I was 7 months pregnant.

I hung up the phone, in shock and hyper-alert. Okay, what next – get the car, call Michael, go to Sarilyn’s. I’ll fetch Michael on the way. Wait, where’s the car? Parking garage! I have no money. I need a bank machine. Visibility was poor as I tried to sort things out through a wall of tears. Down the ramp, pay, navigate traffic, get home – thankfully a straight drive across Gerrard to Leslieville.

But not before I finally opened that damn envelope. It contained a single piece of paper – a form that had the familiar scrawled handwriting of a harried doctor in a busy clinic. 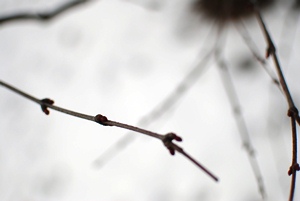 Michael was waiting for me when I arrived home. He worked from home most days. ‘Waiting for me’ meant he was downstairs, alarmed and concerned. Did I call him or did Sarilyn? Probably Sarilyn because my phone was dead.

In the meantime, Sarilyn had done her homework. She knew this hydrops, whatever it was, was outside the scope of what she was contracted to do: deliver a healthy baby to a healthy mother. Instead of meeting at the midwives’ office, we would meet at the High Risk Pregnancy Clinic at Mount Sinai Hospital. I knew nothing of the facility or the clinic. Sarilyn, through experience or instinct, knew it was the right place and had made only the one phone call.

This decision to take us to Mount Sinai saved Owen’s life. Sarilyn couldn’t help him but she knew who could, if anyone.