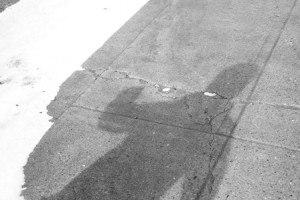 The next few hours at the hospital were a haze of countless ultrasounds and a parade of physicians and in the end, the diagnosis was right. The doctors were impressed with the radiologist’s best guess. Indeed, Owen had hydrops fetalis – an accumulation of fluid in his chest, abdomen and various other parts, which was symptomatic of a number of conditions and illnesses. The cause of Owen’s hydrops would remain a mystery for the rest of his life.

This was all clearly a fascinating thing. Some of the doctors were not called in for their opinions, but rather to see this rare and interesting anomaly. I didn’t mind that we’d become celebrities; I gleaned much from their candid conversations with each other. But of course I learned much more when Dr. Ryan sat us down to have The Talk.

He didn’t pull any punches. Our baby was in grave danger. If left unattended, he (It’s a he! We had convinced ourselves our baby was a girl) would likely die in utero, or put my body under such stress that I would go into premature labour.

Owen was filling with fluid. This was no standard-issue edema. Rather, his abdomen and chest cavities were blowing up like balloons. In place of air, amniotic fluid. To send home the message, we were shown the ultrasound pictures of Owen floating in a vast ocean of fluid. His organs, in turn, floating in his body like planets in outer space. I Googled it later to find horrific images of inflicted babies, looking like Michelin Men.

His scrotum was swollen round and taut, his tiny testicles lost in the expanse of the sac. The link between the torso and the scrotum had not yet sealed itself (premature boys often require inguinal hernia repair about a year after they are born) so the fluid was free to travel wherever there was easy passage. He looked like an alien – short stubby arms, tiny dangling legs spread apart by a weirdly enlarged scrotum sac, huge head, round belly.

And I thought he was beautiful. Which is a good thing: Owen looked this way for many years to come. My adoration never waned.

Dr. Ryan did his best to convey the severity of the situation. The fluid was not processing in and out of the fetus as it should. Owen was filling with fluid, and so was I. Both of us were reaching capacity and bad things would happen if we did not intervene and get the fluid out.

I wondered: maybe it’s not so bad for me to go into labour. Get Owen out where we can treat him. I was dispelled of this notion quickly: not only do babies need to stay in the womb as long as possible for their own reasons, but my going into labour now was risky to my own health. Owen was so big that at 28 weeks he had exceeded the size of a full-term baby – perhaps not in height but certainly in girth. If I were to try to deliver him vaginally, he might get stuck. Really stuck. If you dare to imagine that, you can imagine how things could get ugly.

The only answer was to drain the fluid from both of us, and place a valve in Owen to continue the drainage – using ultrasound as a guide, a ‘pigtail shunt’ would be inserted into his body.

“But, how will you get it in?” I was genuinely curious and not a little horrified. 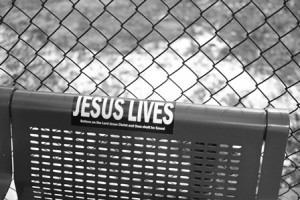 The answer was distressing: straight in through the outside of my belly. A long, sharp-ended straw would be inserted through my skin, through the muscle wall and through the lining of the uterus, eventually making its way to sit just outside of Owen’s chest. Internal pressure would force some of the fluid out through the straw. The shunt, usually coiled (like a pig’s tail) but pliable enough to be straightened, would be guided down through the tube and out the other end, eventually puncturing Owen’s body and resting with one end inside the fluid-filled cavity of his chest and the other end open to the amniotic sac, outside of Owen’s body. In other words, half in half out. At which point the outer straw would be withdrawn, leaving the shunt inside, re-coiled and secure.

I don’t remember reacting. I think I sat there, poised and collected, mind swirling with the images of what I thought this would all look like, staring down the inevitable path I knew I must take.

Dr. Ryan looked at me. “Well, there’s one more thing…”

The accumulation of extra fluid throughout Owen’s whole body meant that the visual symptoms of other underlying syndromes or challenges were obscured. Typical prenatal testing at this point would have included chromosome testing that would reveal conditions such as Down Syndrome, or other development anomalies like spina bifida. I had opted to not have any prenatal testing done to this point, so none of these had been ruled out or in. One indication of Down Syndrome in particular is excess fat at the back of the neck. Owen’s shape was so distorted there was no real way to take good measurements.

We were encouraged to consider chromosome testing before intervening. Postpone treatment of my dying baby so that we could first determine if there was something else wrong with him. Was this for medical reasons? Perhaps if he did indeed have Down Syndrome, more would be known about, say, his heart, so treatment would be more predictive and suited to his needs. Or was this suggested because the results would determine if intervention would be ‘worth it’? Do we save an already disabled baby? No one said it, but was this the real underlying question?

Is it even fair to dissect this moment, to look back and judge? Wasn’t it reasonable to want to know all the facts, using all the tests at our disposal, before moving forward?

Fuck. What do we do?

“And so… What would you and your husband like to do?”

I guess we were all wondering.

I was reminded that this was the front end of a long weekend. Any samples would need to be sent away now, before the labs closed. Preliminary results would be ready as early as next week. Michael and I talked amongst ourselves: There are good reasons to wait. We’ve made it this far we can last three more days. Would be bad if something happened on the weekend. Best to know all knowable facts. Reasonable enough, yes?

I spoke first. “We’ll test. Test, get the results and then decide.”

Yes, test and then decide. But wait a second… decide what? My brain was already full but I had to squeeze in a bit more:

“So, what if we decide next week to abort? Or what if he doesn’t survive the procedure?”

A caesarian section perhaps? And how does one abort a third-trimester baby anyway?

You would have to know me well to know that I wasn’t entertaining these thoughts to make myself miserable, or to know I wasn’t actually considering these options. I just had to know all possible scenarios.

“Ontario doesn’t allow third-trimester abortions. But there is a clinic in the US. It will cost $10,000 but they would do it right away.”

My stomach stirred. For the first time in my pregnancy I felt nauseous.

“And if the baby dies during the procedure, we would induce labour.”

“No. We would give you medication and after a few days, you would deliver the body.”

“The baby would be dead and I would carry it until I expel it?”

“And if I don’t get an abortion and we choose to not intervene…?”

“The baby will not likely survive its condition. In which case we will induce and you will deliver the body. If it does survive, the baby will continue to get bigger as it accumulates more fluid, and your body will naturally think it’s time to deliver and it’s unlikely there’s enough room for it to come out. It could be a crisis for both of you.”

None of it was comprehensible.

There were no good options.

I don’t honestly know why,

but in that room, in that space and time, 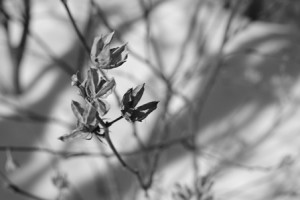