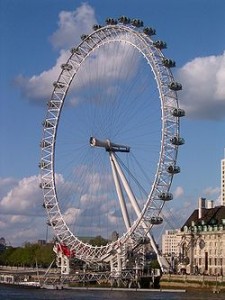 Owen’s 13th birthday is in 2 weeks, on August 18.  We’ll be in London UK at the time for a 10-day vacation.  We’ve decided to go up in the London Eye that day because Owen would have loved it.   I can hear him now, making his bird quacks and squawks as we slowly rotate over the city, thrilled with the sensation of moving through space and on the verge of generally freaking out.

[*heavy sigh*]  I feel so sad thinking about his birthday, about ‘doing something special’ which probably no matter what we do will feel insubstantial and silly, about facing down the 2 month stretch from his birthday to the anniversary of his death on Oct 24.  But… I am looking forward to going to London with the gang (Angus, my partner Carsten, my mom, one brother who is joining us there and another brother who already lives there…) and taking a break from Toronto life.

In other commemoration news:  Angus and I finished our scuba diving certification last weekend!  We developed an interest in scuba after a snorkeling trip to the Dominican Republic, shortly after Owen’s death.  Angus and I needed to get away; snorkeling was a good choice because Owen loved underwater scenes, habitats, videos…  anything that portrayed life underwater.    So pursuing the certification felt like a fitting tribute, especially since it’s not an activity he ever could have done and (truth be told) we couldn’t have pursued it while he was alive, at least in the near future. 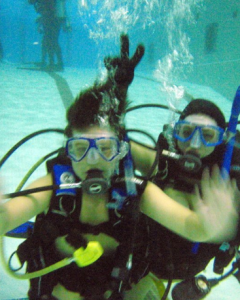 training in the pool

In Ontario, the water is murky and very cold.  During an intense heatwave a couple of weeks ago, we found ourselves donning 2 layers of 7mm neoprene, hoods, boots, gloves and heavy oxygen tanks, then wading out on a choppy pebble beach.  It was grueling, which I suppose means all future excursions will feel like a breeze!

And an unrelated musing:  I realized recently that I had forgotten (or hadn’t thought about) how much work it was to care for Owen.  How I had to carry him from room to room or change his diaper several times a day or clean up some kind of something from my sofa or carpet every day or sleep with him in the crook of my arm every night.  The physical memory of the labour is slipping away from my body as my muscles form new memories.  My eyes no longer see the wheelchair over there, the suction machine over here.  I no longer step around where the ramp used to be or push the dining room table too far over to make room for Owen to get by.   And as I write this I notice that the stack of dolphin videos and Pixar movies has moved its way back into the DVD cupboard.  So maybe there’s more happening than just forgetting certain aspects of my life with Owen – it seems the space around us, at least in my home, is filling itself in.   I’m not really worried about it; the process of writing the book is helping me keep a space for Owen, in other, much more important ways.