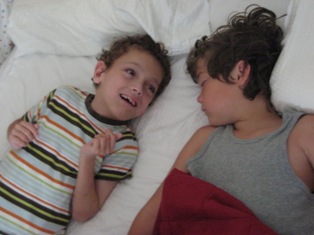 The process of writing the book has taken an emotional toll. And you might think this reaction is odd, but: I’m surprised. I had thought, “It’s my story anyway, I already lived it, shouldn’t be hard to just write stuff down.”

So, as with everything, yes and no.  The writing part was easy.  The difficult part was the evening or morning following a big writing burst.  I felt like I had run a marathon or had been chopping wood all day or had been teaching an all-day workshop.   The writing has not been energizing as some writers might experience; it’s been draining. (Which is different than saying it hasn’t been satisfying, which it has been.)  Now that I’ve been away from the text for a while (it’s in my editor’s hands) I feel an internal collapse.  I went straight from intensively writing to the holiday in London (which included Owen’s birthday), and now a busy week of work-related tasks.  Plus Angus’ birthday is on Monday and I still don’t know what to get for him, which is really irritating me.  All distractions from the simple truth that I am still so sad. 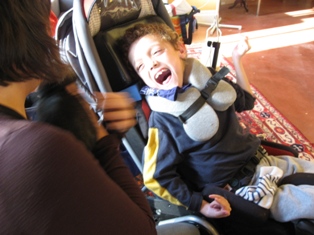 Just over 10 months since Owen’s death and my sorrow has not lessened.  At all.  It surfaces less frequently and I am quite functional – so much so that no one asks me how I am doing anymore.  But the pot bubbled over last night (figuratively) and I cried until I couldn’t breathe.  It wasn’t optional – I suppose I had put my sadness aside for too long and it was going to have its time with or without me.

The sadness brought with it something else I know to be true but rarely look at it:  I hate everything about this.  I hate that Owen died, I hate that he is gone, I hate that this is happening to me.  And worst of all, there’s a feeling that fills me with despair and desperation:  I wish things were different. 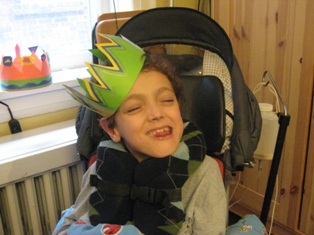 I learned so much from my life with Owen.  I grieved briefly for the child I didn’t get and quickly moved on.  I accepted and eventually embraced my new reality.  I thought my life lessons were hard won and I felt richly rewarded for ‘getting it’.  I congratulated myself for discovering life’s big secret:  wishing things are different is what creates unhappiness.  Change it or accept it.  In Owen’s case, acceptance was the only option. And to be really enlightened about it: I celebrated his life, his differences, his weirdness.  Not because of their charms (although charming they were) but because it was real and happening and actual fact.  Love what is!

And now, infuriatingly, my options are the same.

On many levels I have accepted Owen’s death, but embrace?  Really?  A superhuman, or non-human, feat.  Surely.  Could it be I might eventually love what is?  Sure sounds a lot more peaceful than this.