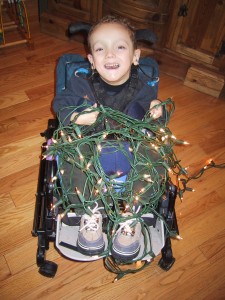 I sometimes experience waves of shock – surprising moments of sadness that roll through me like a sudden thunderstorm, sometimes lasting minutes, sometimes lasting days.  Like the first anniversary of Owen’s death when I couldn’t breathe for two weeks. Like when Michael sold the condo where Owen died and described to me how it felt to say goodbye and in the course of reading his few simple sentences I saw Owen’s entire life play out from beginning to end. Like when we purchased the niche space at the cemetery for Owen’s remains and the whole time I wanted to throw up, unconsciously deciding then and there I could never leave his urn there. Or like when I visited Michael’s new currently-being-renovated home and saw Owen’s urn for the first time since his death and felt the loss flood through me all over again. Or when I made a toast on Christmas eve in memory of Owen and Carsten’s dad (who died in the spring) and had to cut it way short as it stuck in my throat and I didn’t want to ruin my own Christmas dinner by crying on the mashed potatoes.

But despite what I just described, I sense I am starting to relate to Owen’s absence differently. Or rather, to his presence. His former presence. Spaces he used to occupy are no longer just ’empty’, as though defined only by the fact that he used to be there. The spaces, both literal and figurative, are vastly improved with Owen having been there once–but they are no longer frozen in time, as though reserving a place for a ghost we might project from our imaginations. The vacuum Owen left is filling, now occupied with new life and energies. 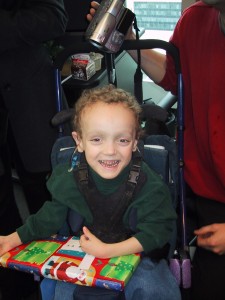 When Owen was born, I was so confused and devastated that my self identity changed. One day I was a young career woman with so much potential. The next, a harried grieving mother with a sick and disabled child whose own life was as good as over. I could have stayed stuck there, but instead chose to shake off the label quickly and see if I could just keep rolling, continually adapting to a strange new life as best I could without giving in to the temptation of self-pity. Owen’s birth was the first test, but in the ensuing years many more stared me down. Constant challenges to my identity as a mother, a partner, a modern woman. Sometimes I caved, succumbed to the pressure of identifying with a role, becoming a dutiful you-name-it in order to be what others expected. But as the years passed, I got better at being myself–always questioning, wondering, doubting, exploring. Taking whatever came at face value and accepting it as the new normal.

Twelve years of this kind of preparation isn’t lost on me. It’s coming more slowly this time around, but it’s coming. I feel myself shaking off the ‘grieving mother’ label because it’s not all that I am, and not all that I want to be.