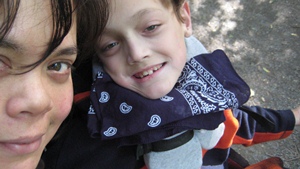 I read a great article recently about brainstorming, in the late January issue of The New Yorker. Groupthink: The brainstorming myth., by Jonah Lehrer, is about how, despite its popularity as a corporate creativity booster, ‘brainstorming’ is not a terribly creative exercise.  Do you remember brainstorming in school, or maybe at work?  A group is assigned a creative task and told to write down all ideas. Emphasis is on quantity, not quality.  No criticism allowed.  From the article:

The underlying assumption of brainstorming is that if people are scared of saying the wrong thing, they’ll end up saying nothing at all. The appeal of this idea is obvious: it’s always nice to be saturated in positive feedback. Typically, participants leave a brainstorming session proud of their contribution. The whiteboard has been filled with free associations. Brainstorming seems like an ideal technique, a feel-good way to boost productivity. But there is a problem with brainstorming. It doesn’t work.

The author goes on to discuss examples of studies that put the idea of brainstorming to the test, describing one such study where groups of students were given a creative task, then divided into three kinds of groups.  One type of group was the brainstorming group – all ideas should be shared, no criticisms.  Another group was given no instruction – just figure it out.  The third group was told to say whatever came to mind, and were encourage to debate with each other.  Here are the results:

The brainstorming groups slightly outperformed the groups given no instructions, but teams given the debate condition were the most creative by far. On average, they generated nearly twenty per cent more ideas. And, after the teams disbanded, another interesting result became apparent. Researchers asked each subject individually if she had any more ideas about [the subject]. The brainstormers and the people given no guidelines produced an average of three additional ideas; the debaters produced seven.

Nemeth’s studies suggest that the ineffectiveness of brainstorming stems from the very thing that Osborn thought was most important. As Nemeth puts it, “While the instruction ‘Do not criticize’ is often cited as the important instruction in brainstorming, this appears to be a counterproductive strategy. Our findings show that debate and criticism do not inhibit ideas but, rather, stimulate them relative to every other condition.” Osborn thought that imagination is inhibited by the merest hint of criticism, but Nemeth’s work and a number of other studies have demonstrated that it can thrive on conflict.

I find this immensely interesting because of a recent comment conversation on my blog with a reader, Nancy, who has a blog of her own.  She commented on my post about Hope as Snake-Oil, offering another perspective on how she perceives the word ‘hope’.

Nancy has an adult daughter, Jessie, with Down Syndrome.  We were chatting (in the comments) after I had read her blog:

I imagine that Jessie herself also guides or frames much of your decision-making. She is an independent young woman with much to say and contribute. And I am guessing the two of you don’t always agree :) So moving forward with anything requires a huge amount of give and take, as in all relationships – perhaps your own personal ‘hopes’ are kept in check by the will and preferences of your daughter.

In my case, the decisions were all mine with no constructive input or feedback from Owen. If I ‘sensed’ a response from him it was all still imagined by my own brain. I think what I’m saying is that some kinds of hope, if unchecked or unchallenged or unexposed to any kind of friction, can do more damage than good.

You are too right about Jessie guiding (sic! grin) us. And that does make it a whole different ballgame. And even when there is speech or some other form of communication we are often such poor listeners (or listen only to our selves, our needs, our unchecked and unquestioned assumptions and expectations) that our garbled translation may be way off the mark. You are so right about that friction and its importance in shaping hope, or in shaping anything. All is in relationship, and some relationships are much more obvious than others.