Spiral Garden camp at Holland Bloorview, 2009. An unbelievably beautiful place.  Caption from the video on Youtube:

I just uncovered this video yesterday.  Owen attended the Spiral Garden summer camp at Holland Bloorview.  This video was shot in 2009 by Marjorie, one of his caregivers (who also worked at the camp). Sallyanne is holding Owen and Bethany is off to the side. (She accompanied them for the day to get a feel for the camp environment.)  The young woman facilitating the pottery is a camp staff member.

He was in a great mood – I can see the gleam in his eyes and the tell-tale drool, indicating deep focus and attention. Remarkable that he could leave his arm extended as long as he did.

I have that mangled ashtray on my credenza.

Some photos from previous years, when Angus attended as well.  Click an image to enlarge. 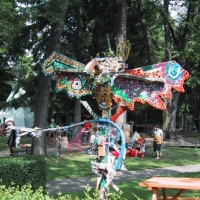 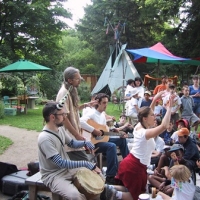 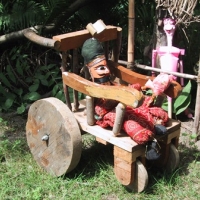 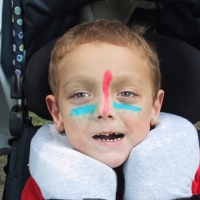 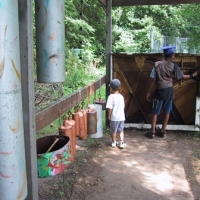 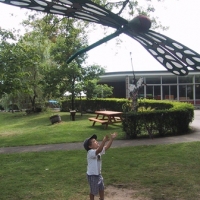 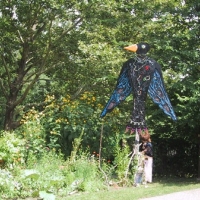 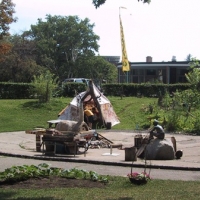 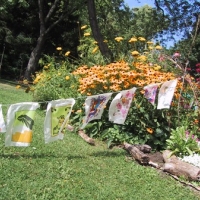 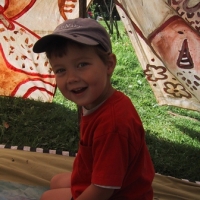 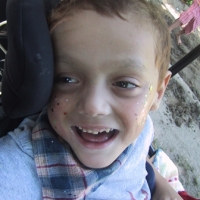 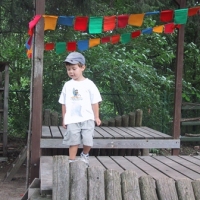