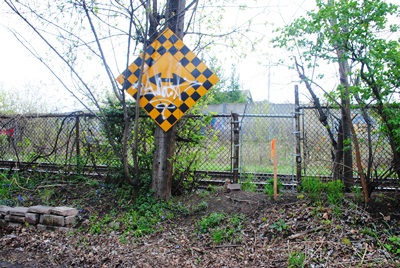 I am reading with horror about the support of mercy killings of disabled children by their parents, a discussion recently renewed by blogging friends because of a documentary titled “Taking Mercy”, which aired on Global TV last month.  I will pull no punches in my condemnation of the dangerously simplified, lazy and sentimental argument that some people are so disabled that they are obviously suffering too much to live.

An article (with comments)  here:

It goes something like this: the deterioration of a mother’s children (from a genetic condition) is so painful for her to watch that she wants to ‘mercifully’ kill them. They are adults now and have been institutionalized for most of their lives.  (Note that she rarely visits them.) She thinks being put to death is what they would have wanted and that ‘this is no life’, to be fed by tubes and fully dependent – she even plays the old ‘God didn’t mean for this to be’ card by implying it’s not by grand design they are alive, but because of medical interventions. (Has this woman never encountered modern medicine…?)  Then, the film solicits soundbites from convicted murderer (oops) Robert Latimer (who ‘mercifully’ killed his daughter 10 years ago) to offer his sympathies.

They call it a doc although it is anything but.  It is dishearteningly shlock-y and biased, and offers up no disability rights advocates to speak on behalf of those targeted with a death sentence.  But even more appalling, the show gives airtime and sympathy to people who would directly violate another person’s human rights – soft lighting and kind words from the host as they ruminate on how they wish they were allowed to kill (or did kill) their children.

We have LAWS that support each citizen’s individual rights to live – how is this even a discussion?!  And how is this ‘debate’ allowed to take place on public television?! 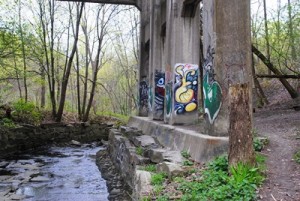 I have been reading that some people feel this is a private family issue and that it’s for parents to look within their own hearts and decide what is best.  Wha..?  Killing a Canadian citizen, who has his or her own inalienable rights and freedoms, is most certainly not a private issue.

In this context, it’s no different than condoning honour killings. The child has become a burden and a blight to the parent who can’t bear to abide the ‘suffering’ any longer. In both cases, the suffering is experienced by the parent – they just can’t take it anymore so they kill the offending child.

I watched the video and saw two grown children with severely disabled bodies, very much like Owen’s. I have been in this woman’s position of being the parent to such a person.  (“Walk a mile in my moccasins”, she says. )  And I have never entertained thoughts of killing my child to relieve his suffering, and I questioned daily whether he was actually suffering or not. Owen, in fact, lived a full and varied life.

Let’s say we allow ‘mercy killings’ – those two people would be killed and Owen would not.  Why?  Because of the perspective and capacity of the parent.  Hardly an equitable accounting. And most certainly not in keeping with our human rights contracts.

“But what about quality of life?” one might ask. Shouldn’t that be taken into account? In short, no.  Full stop.

“But what about the parent’s life? It must be so hard…” Yes, sure can be. Doesn’t justify murder; we don’t kill people because they are inconvenient or too much work.

If you’ve been a reader of this blog for a while you will know that based on my own experience, I believe that:

My comment from another blog yesterday, below (lightly edited): 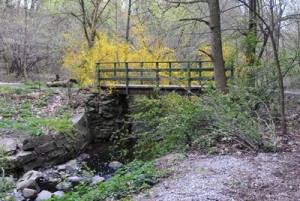 Not judging people is one thing, but absolutely we should debate and judge each others’ actions. These issues are not private family matters and in my mind, are not grey areas nor are they complex. These issues are about a society’s ethical and legal obligation to protect its vulnerable populations. It is not for a parent (or anyone) to decide whether or not a person lives or dies (or in this case, is killed) based on their disability, particularly when they are not capable of making this request or decision for themselves.

Millions of people endure “horrific and unmitigated suffering” on a daily basis probably FAR worse than the disabilities ‘suffered’ by Corriveau’s children (war, torture, poverty, enslavement, political oppression, extreme and chronic pain) and don’t choose to kill themselves – so is it an ultimate act of love to kill them all too?

Despite how easy it is to kill oneself, death does not seem to be the remedy of choice for most people in the world who are objectively (and can self-identify as) suffering.  In fact, human capacity for suffering is immense.

These issues are not complex or tricky or grey. Rather, I think they are simple: we should not kill vulnerable people because we can’t stand to see them suffer (even, I might add, even if they are actually suffering) or because we don’t know what to do with them.  We are ethically and legally bound to allow and protect their right to live.

I. Can. Not. Believe. that I feel compelled to publish this post.  I never thought of myself as a disability advocate but this issue just might turn me into one.

Donna Thomson, author of The Four Walls of My Freedom, spoke at Holland Bloorview recently. When I watched this video for the first time, a brief mention of a brilliant thought nearly passed me by.  She reads a passage from her book about the Capability Approach, then says she likes it because it positions disability alongside gender, race, language, culture… just one of many possible identities.

Donna shares these thoughts at 1:24.

This is an important revelation for me – treating disability as an identity issue negates value judgements and worthiness arguments. It demands that we protect disabled people’s rights as diligently as we would protect our own–the same way we have come to protect rights for women, people of colour, immigrants, children…  Clearly, disability continues to be a stronghold of extreme prejudice.