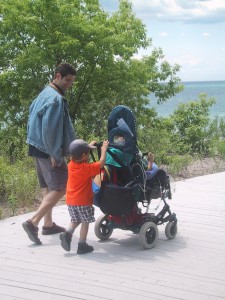 My child was born with severe, chronic, multiple disabilities.  Our path was not so much about fixing his problems as it was about ‘maximizing his potential’ and ‘harnessing his natural abilities’.  A modern and enlightened approach certainly, especially when compared to the mindset of previous decades.  But let’s be real: even with this generous perspective, Owen was still charted against typical, age-appropriate development and until the golden day when he would catch up with his peers (lol!) we would be encouraged to continue his ongoing intensive treatments and therapies.  While no longer overtly stated and now wrapped in a rather cheerful bow, the ‘not good enough’ was implicit.

Despite the strides our society has made regarding children with disabilities, the treatment or fixing of a child’s severe disability remains such a priority it is often more important than any of the following ideals we cherish for regular families: 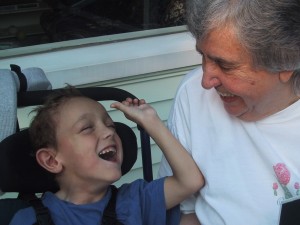 Families with a child with disabilities willingly sacrifice these things and our institutions expect us to as well.  Of course no one comes out and says we must intentionally trade this for that, but when it inevitably happens we get sympathetic looks and reassurance that we’re doing the right thing.

I’m sure we could come up with a million and one reasons for why society works so hard to overcome and eradicate disability in childhood, but I can’t think of any that don’t fall into one of these four categories*:

* I intentionally leave out the motivation that starts with “Because every parent wants what’s best for their child” – this is covered by the first point. And probably the second point.  Oh and maybe the third and fourth. Also, I appreciate that the desire to relieve actual physical pain is a motivation as well, but I prefer to stay away from the subjective and slippery ‘suffering’ attribution. Disability, even severe, does not necessarily mean suffering. 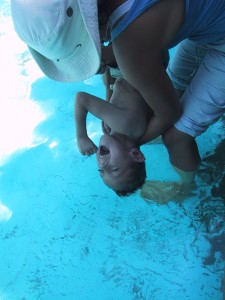 I don’t for one second advocate for removing therapies for young children on principle–but I do wonder why there isn’t more inquiry on all sides, pondering the hard questions earlier on.  Questions like, will it be worth it? What is it we’re really trying to make the child do, and why? What would my child likely want?  Ought I trade my child’s childhood and my family’s remaining normalcy for what will likely be minimal improvements over a very long stretch of time?

If I ruled the world?  More families and parents would tell their stories.  And those stories would be openly accessible to all who can learn from them–doctors, clinicians, researchers, families and the patients themselves.  We need to properly close the feedback loop instead of letting only medicine and healthcare provide partial answers.