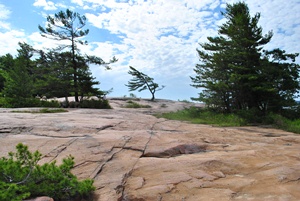 I have thought a lot about my role as Owen’s primary caregiver and advocate, and the process involved in making medical and care-related decisions. I believe now, looking back, that this was the hardest part. Harder than the caregiving itself. Harder than the social manoeuvering and system navigation and scheduling nightmares I had to wade through to get anything done.

As tiring and mind-numbing as it was, that stuff was ‘just work’—stuff that could be accomplished with time and a bit of presence of mind. Book an appointment, apply for funding, make some calls. Multitudes of working people comfortably do these sorts of thing for a living–daycare staff, construction workers, project managers, office managers. Schedule, plan, build, do. The difference is, of course, they get paid to do the things they choose to do, and typically start work for the day after a full night’s sleep. But even accounting for this, the most grueling work of caring for Owen was not in the day-to-day management.

No, the hardest part was the endless decision-making, combined with the emotional investment. The mental strain of the what-ifs, sifting through the pros and cons. Questioning, defending, wondering, trying, convincing. The mental and emotional toll was high.

I hadn’t always felt this way. In the early years, I thought the physical work was all that differentiated me from the other moms. That my parenting was just like theirs, my concerns and fears the same. Others would say, “I couldn’t do what you do!” I’d reply, “Oh sure you could! You’d just follow your instincts like you already do! Parents always know best!” We’d smile at each other, me and the moms, playing along with the ‘different but same’ charade, congratulating ourselves on our progressive thinking but each of us not revealing what we both knew already: that she was so grateful she didn’t have a child like mine.

I did believe it at some level–that we shared the same parenting concerns–but I felt an underlying disconnect from ‘everyday’ parenting. I was trying to convince myself that it was only on the outside I was different from the other moms, that only on the outside was Owen different from the other children. I had joined the clubs of Certainty and Arrogance of new motherhood, believing that, like all the other confident new moms, “I can’t go wrong because I’m the mother!”

To be fair, I didn’t go around making decisions relying solely on the zeal of my near-religious conversion from urban working girl to earth-woman-mother. Only partially. I developed some guiding principles, realizing that I, in fact, in most circumstances with Owen, actually had no instincts.

So I applied a framework. I would consider such evolved questions as, What do I think Owen would want? Or, What would I want if I were him? Using these enlightened yardsticks, I made important and difficult decisions regarding healthcare, education, family, home life, caregivers, therapy. . . always satisfied in the moment that I had made the right decision, given what I knew at the time.

“Given what I knew at the time.” The escape clause! A way to backtrack without acknowledging I might have made a mistake. And a way to justify changing my mind. Naturally, these (like most) decisions often didn’t last. A better decision–more informed, appropriate, balanced–would emerge weeks or months later. I would stifle feelings of mild embarrassment as I explained my progression from confidence to compromise–to family, therapists and doctors.

In truth, I have few regrets. I made decisions, things changed, then I made new decisions. It was a natural evolution—with experience and maturity, I became a better parent to Owen after much trial and error. As Owen grew, I found I couldn’t rely on basic principles anymore. There were a number of factors that made me reconsider how I was making decisions.

To begin with, I realized that Owen and I didn’t live in a vacuum. Until his father and I separated when Owen was 9 years old, we were a family of 4 (sometimes 5, with my step-son Justin). Later, we lived just Angus (who is 2 years younger), then with my partner, Carsten. In addition to family, there were the multitudes of caregivers I had hired to look after Owen most days. Owen also of course spent time in his father’s household, which had grown in Owen’s later years to include Justin (who had moved in full time), Michael’s new wife, and her young son. So the effects of decisions I made rippled through many other lives as well.

Another factor that changed how I made decisions was a dawning awareness that I had been possibly making decisions based on wrong or incomplete sets of information from healthcare itself. At first glance there was nothing to be alarmed about: I would look at information I was given, evaluate the odds, wonder as to the likelihood of something working as hoped or expected. But there are (at least) two problems here.

One: The information I was getting from healthcare was presented as true and complete, as though statistics and results were empirical and irrefutable and by their very nature not the results of opinions or agendas.

Two: The way I defined success was heavily influenced by the way healthcare defined success. Survival and functional improvement were the way outcomes were measured and reported. If I had asked, “But how did the child feel about it afterwards?” or, “But what did it cost the family in terms of pleasure and opportunity cost and good feelings about each other and themselves?”. . . I doubt I would have gotten an answer. (By the way, I never did ask those questions. They never occurred to me.)

There was also the problem of perspective. I came to see that–even if I considered what Owen might want, or what I would want if I were him—there were still a million nuances and approaches and considerations. And all of it influenced, dictated, by my own assumptions and priorities. This is less easy to figure out because of course I can only be me and would have to become some sort of sociopath to pretend to not be.

My close proximity to Owen—biologically, emotionally, physically—was all part of what made me the best advocate for him. I can’t not acknowledge the importance of that intimacy. Yet, surely my own history and biography can intrude in unconscious ways? Surely I ought to wonder what these filters are as I continue to make decisions on Owen’s behalf, acknowledge my own conflicts of interest?

So. Yes, asking myself “What would Owen want?” is a lovely question and a great starting point. But it’s really not that simple.