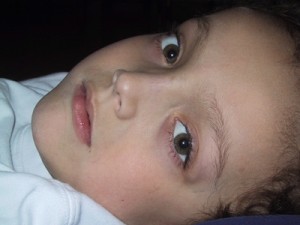 Pretty much my entire world view is shaped by, or maybe I should say supported by, The New Yorker magazine.   I read it all, cover to cover, every week.

A relatively short piece caught my eye last month – “Over the Wall“, by Roger Angell (Nov 19 2012 issue).   The author’s wife died earlier this year; he wrote a meandering piece about continuing with the business of living while his wife has to miss everything.  The passage below sat with me for many days after reading it.

(The reference to ‘over the wall’ in the title and in this excerpt is from a dream of  his son, who on the night of his mother’s death dreamed that she flew away from him over the low wall in Central Park.)

“What the dead don’t know piles up, though we don’t notice it at first.  They don’t know how we’re getting along without them, of course, dealing with the hours and days that now accrue so quickly, and, unless they divined this somehow in advance, they don’t know that we don’t want this inexorable onslaught of breakfasts and phone calls and going to the bank, all this stepping along, because we don’t want anything extraneous to get in the way of what we feel about them or the ways we want to hold them in mind.  But, they’re in a hurry, too, or so it seems.  Because nothing is happening with them, they are flying away, over the wall, while we are still chained and handcuffed to the weather and the iPhone, to the hurricane and the election and to the couple that’s recently moved in downstairs, in Apartment 2-S, with a young daughter and a new baby girl, and we’re flying off in the opposite direction at a million miles an hour.  It would take many days now, just to fill Carol in.”

(Excerpt reprinted under laws governing ‘fair use’.  I hope.)