I spent last week at Union Graduate College in Schenectady, a working class/college town in upstate New York. It was the first of three on-site intensives required by the program.  Eight  consecutive days of full-time study to immerse us in the field of bioethics and help us understand the context in which the discipline is practiced and studied. 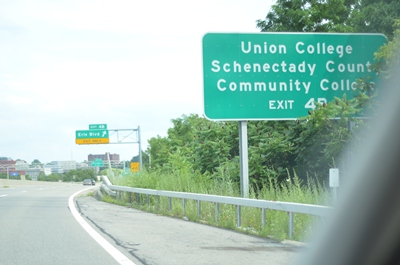 The course was called Health and Human Values – a survey of history, philosophy, literature, clinical ethics, law, policy, research ethics.  A whirlwind week of swerving through intersections of ethics, politics, religion and the gritty reality of clinical practice. Most discussions culminated in a case study, or review of case law.

We had guest lecturers from around the country, all of whom are either pioneers or leaders in the field – and not a one was a dud. Professional, well-prepared, willing to engage, full of challenging ideas. They were a quirky bunch: I grew fond of the way one of them wheezed at the end of his long, shouty sentences, and how another amused himself with secession jokes about his adopted state of Texas.

My fellow students were good thinkers and engaged participants. Some were health care professionals (therapists, nurses and nurse practioners, palliative care, pastoral care), others were researchers, IRB and ethics committee members, health care adminstrators.  There was a microbiologist, a philosophy professor and a lawyer.

Before I arrived, I wondered how I would fit in. I haven’t been in a school environment in many many years. I also knew this would be more than just recreational learning – expectations would be high and I would be required to produce academically-sound work. (As I came to learn, opinions and ‘gut feelings’, the realm in which I largely operate, have no real footing. A place to start, sure – but critical, reasoned thinking is the only way out, or through. Shabby or lazy arguments collapse quickly.) 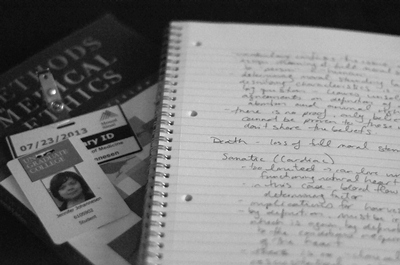 There was no need for worry; I was a seamless addition to the group. Although I wasn’t working with the same vocabulary, I had been thinking and writing about medical ethics for years. The courses validated, consolidated and organized my thinking in exciting ways. Fitting in wasn’t even on the radar – we were all just there to learn. As a bonus, I made fast friends with Kevin and Ted. We fell into an easy companionship that sustained me through the week–and many times gave me a stomachache from laughing so hard.

After the first day, I wrote a note to my dad. “This is the real deal,” I said. 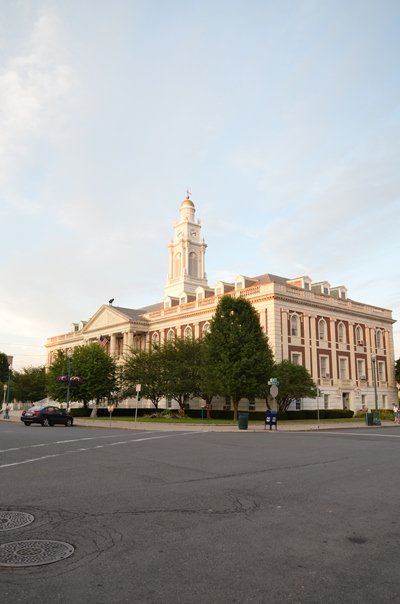