I gave a presentation a few weeks ago to a group of Masters-level students. The particular course was ‘Topics in Bioethics’ (or something similar) and for my session, the topic was ‘disability’. The ethicist for an adult rehabilitation institution gave a presentation, then I followed with a first-person perspective.

I can talk about my story practically in my sleep – so no issues, right?

I started out a bit stilted and uncomfortable – I skipped over notes, forgot what I was saying, heard myself talking instead of attending to simply talking. I felt like I was on display and wished several times I could just start over.

Thankfully my ‘presentation memory’ kicked in and I eventually found my groove. We ended up having a good discussion and I doubt the students were judging me. The part about being a bit flustered doesn’t really bother me – I simply wasn’t as prepared as I would have liked.  Also, as the teller of a ‘patient story’ no one is expecting me to be slick.

But here’s the thing: I left feeling drained, and somewhat, um, compromised? To be clear, I am sure this had nothing to do with the kind and engaging people who invited me, or the attentive professionals in the class.

No, something much bigger was brewing: I felt like a stand-in – a second-rate proxy, once removed, of what should have been a first-hand account. I am the parent of a child with severe disabilities who could not for the life of him tell me what it was like to be him. So actually, I have no idea what it’s like to be disabled. 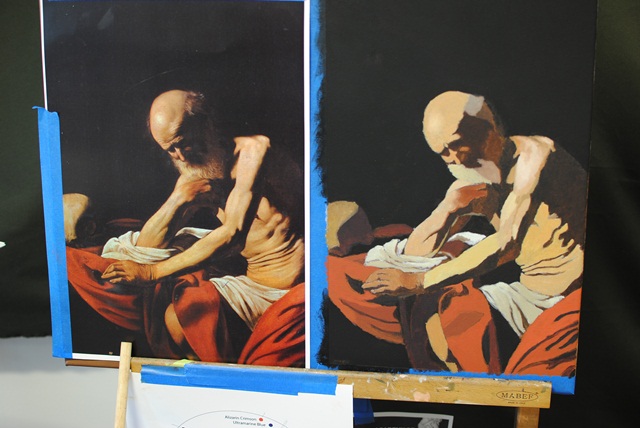 If Owen had lived to adulthood, his interests would surely have been significantly different than mine. Even during his life, this was true. My interest was in protecting him and trying to create a ‘normal’ life for him and my family. Where these his interests? I sincerely doubt it.

Now, I am not discounting my experiences or the value in sharing my story. I am quite clear to myself as to why I share my story: to let others know that there is more than one way to think and be in the world (related to engaging with healthcare and severe disability).

What I am questioning is, what sort of contribution did I make to social discourse about disability itself? How qualified am I to represent or address the topic of disability?

While this small episode in my life had a happy ending – it turned out to be a good-enough presentation and everyone left with something to think about – it’s revealed to me a more uncomfortable truth about myself: I’ve come face-to-face with my own complicity in being the stand-in that makes disability more palatable to the non-disabled.

After thinking further about Bill’s accounts of being discounted, excluded and worst of all, ignored, I am starting to see his point. I intuitively know that Bill’s impression is right: no one wants to deal with people with disabilities. In his words, no one gives a shit. For many of us, it’s an uncomfortable experience to be in the presence of obvious difference, perceived vulnerability, awareness of societal failure. And more importantly, we don’t have the time or patience or interest to understand how they are impacted by our discomfort. We don’t want to know how society has failed them. Those who are angry or frustrated are especially easy to ignore.

As you might have discovered in Part 1 of this post, Bill is old-school. Stories of civil disobedience, occupying before Occupy, resistance and refusal – all possible when there was no precedent, and there just weren’t that many disabled people out and about. When he was a college student in the ’70s, a new world was sorting itself out. Today, society tries to console him with process, forms, tight-lipped politeness and by-laws. He occasionally resists and refuses anyway (he grows weary), but there’s no admiration or support.  In fact he’s deeply criticized by many, reviled by some.

I, on the other hand, am a quintessential good Canadian. My ease with speaking, the ‘tie it all up in a bow’ sort of way I summarize massively complex and nuanced ideas, the lightheartedness with which I can share adorable photos of Owen now that it’s all over – all of these things help make disability consumable and palatable.

I now see my complicity in crafting an easy persona to suit public sensibilities. The audience and I can pat ourselves on the back for doing good work, and in the meantime Bill still can’t get in through the front door.

Read: I thought I knew everything already (Part 1)