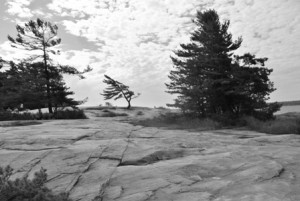 When my son was very young, I was an enthusiastic participant in what I now think of as the ‘rehab machinery’ of childhood disability. Owen had multiple severe disabilities, making him eligible for a host of supportive and therapeutic services. We tried them all, with very few of them showing discernible long term benefit to Owen.

While each had its own goals and measurements for success, the real benefit of the therapies was the time we spent together – with Owen on my lap we would clap and sing and engage with pictures and toys and containers of beans. ‘Therapy’ was a state of mind, a way of being a parent – while we rarely achieved any of the stated goals of these therapies, sometimes the activities were actually enjoyable.

I have written and spoken often of how a therapeutic life can rob a child of his childhood, steal a parent’s experience of being a parent and create unrealistic expectations of improvement and integration. I believe this is all true – the perpetuation of false hope is insidious and damaging. But that doesn’t mean it always feels that way at the time. Moments can be pleasant, comforting and connecting. And in the cocoon of the pediatric rehab community, a therapy-focused life is the norm. Everyone around the child and family is invested in this way of being.

There is little in a child’s life, especially for one who is severely disabled and non-verbal, to signal what life is going to be like as an adult.

Owen died three and a half years ago, at the age of twelve. Despite his disabilities, his death was a surprise to all of us. He had been more healthy and content than ever. To this day, we have no official words to describe his death other than ‘unexplained’ and ‘sudden’. So I never got to experience Owen as an adult. Nor did I experience the dread many of us feel as our disabled children age out of childhood.

For any other parent, a child growing up is bittersweet. It’s a time of letting go, of witnessing the fruits of labour either blossom or wither, of hoping that you didn’t say the wrong thing at the wrong time and of marveling that maybe for once you got it right when your adolescent surprises you with something remarkable. I know this feeling – my son Angus will be fourteen years old this summer. However if Owen had lived, I highly doubt I would be relishing his teenage years in the same way.

Before Owen died, I had only gotten the tiniest sense of the looming drop-off – the edge of the cliff that appears when a disabled child turns 21, when school and pediatric services end and the transition to adult services begins. Like an infinity pool that blends into the horizon, the cut-off is invisible unless you squint, even if you know for sure it’s there somewhere.

The hopes and dreams instilled into the parent of the disabled child keeps her buoyed – strategies and lessons and positive thinking and, most important, belief in possibility can make the work less daunting, can even feel fun.

“Let’s cross that bridge when we get there” is the frequent response to the multitude of what-ifs a parent asks.

Sometimes I close my eyes and imagine Owen as a teenager, then a young adult, then a full-fledged adult. I picture him sitting in his wheelchair much the way he used to as a child – smiling, foot jammed into the footrest in a most uncomfortable-looking way, one arm up and waving stiffly for no apparent reason, the other arm flopped at his side or perhaps crooked at the elbow.

Pleasant thoughts, until I realize how difficult it would be now to get him up and down the front stairs. To bathe him and change his clothes. To get in and out of a bus. To move through the snow in his much-larger chair. To get him through the narrow doorway leading into the house. And what about other logistics, such as organizing adult funding, daily activities and programming? What about installing ceiling lifts, ramps, finding a bigger place to live? Hiring caregivers for an adult is very different than for a child – how would this all go?

So much to consider. And I haven’t even worried about the bigger societal issues yet, like access to stores and buildings, social integration, meaningful employment or contribution, personal security and safety. And the grandest worry of all: what happens to Owen after I die?

Some of these challenges are highly personal and require individual remedies or responses. Accommodating an adult with disabilities within a family can be achieved as most things in a family can be achieved: with flexibility, creativity, negotiation, concession and hopefully, love and support. And frankly, for those of us who have children like Owen – someone who has needed immense environmental modification all of his life – these challenges are nothing new.

It’s the other issues that are far more worrying. And it’s only now that I see why.

I have embarked on a video project in recent months. My general goal is to interview people who have had intense or prolonged encounters with healthcare and find out what they think of their experiences and the decisions they made.

One of my interviewees is Bill Peace, an academic and outspoken disability rights activist. I have written about these conversations already on my blog (Part 1 and Part 2) – Bill has exposed to me a world of disenfranchisement and loneliness I would never have seen or comprehended as the parent of a child with disabilities.

In doing so, he has shown me parts of Owen’s future I couldn’t, or wouldn’t, have anticipated, had I stayed focused on Owen’s disabilities from a rehabilitation perspective.

Bill’s experience of disability out in the world is one that is framed by personal and group identity, and civil rights. His disabilities are fully integrated into his understanding of his body, his equipment, his environment and his persona. He knows where disability fits in his own life and he knows what others see when they look at him. He asserts his rights daily when he is denied access to buildings, opportunities and equitable accommodation. He has learned to fight for his right to be seen as he is and where he is.

It’s become clear to me that despite our differences, parents of children with disabilities and adults with disabilities should align themselves in the same direction. The people advocating for disability rights are doing the work that will hopefully serve our children and secure their future safety and comfort – parents should be actively supporting and contributing to their work. At a minimum, we should at least be interested in how society treats adults with disabilities.

The uncomfortable truth is that many of our children will be living out their adulthoods without us. They are going to live in a world that can be hospitable or hostile, and how that pans out is largely up to us. If we spend all of our time focused on therapies and no time shaping their futures, how can we complain about poor conditions?

At the beginning of this post, I called our early experiences of childhood disability ‘rehab machinery’. I think it’s accurate: a process-driven engine that takes a broken input and tries its best to fix and shape and mold it into a better output. As parents, we spend tremendous energy participating in this because we know nothing better, we’re shown nothing different. “So this is how it’s done”, we think. We’re grateful, so we do it. And then we do more.

There are critical pieces missing from this machinery that would serve parents and young adults well. If we are truly interested in preparing young people and their families for adulthood, we should be teaching advocacy skills and disability rights. We should be supporting people to become comfortable with their unconventional identities (parents and children alike). We should learn to recognize and respond to discrimination. We should understand how legislation and politics affect people with disabilities. And we should align with disability rights activists, because we have common interests.

In all of my years in the pediatric rehab setting, I was never once introduced to an adult with disabilities. Only occasionally was I introduced to another parent who was at least a decade or two beyond my current stage (and those introductions were only as personal connections and not intended to become mentoring or advisory relationships).

It’s as though the ‘machine’ wants to shield us from what lies beyond its youthful boundaries, because maybe at some level, it knows the ways in which it’s failing.