I left a comment this morning on HealthyDebate.ca, on an article titled “Non-invasive prenatal testing and chromosomal microarray: changing the landscape of prenatal genetic testing” by Jeremy Petch, Timothy Caulfield & Nan Okun. I almost never comment on blogs, but this article was sent to me by several people who thought I might have something to say in response.

My comment felt incomplete. Here is my more considered response. 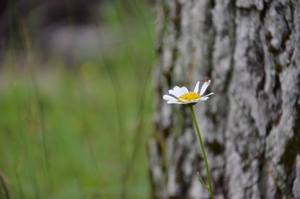 I am sometimes asked, “What would you have done if you’d known your son would have so many disabilities?” I don’t answer, because I don’t know. It’s nothing more than an interesting thought experiment, as I can’t not be myself. I can’t pretend I’m less experienced than I am now. It might seem reasonable to ponder the probabilities given who I was at the time – but the truth is I surprise myself with my own decisions all the time. I’m not always who I think I am.

As regular readers will know, I raised a child with severe disabilities and feel I am much better off for it. It’s an experience I value deeply and one that has shaped me immeasurably. But am I better off than I would have been without Owen? Impossible to say. I think I have become who I am through the simple act of living a human life – perhaps this path was (is) no better or worse, no more or less rewarding, than a different path in a parallel universe.

In the community of parents who have had children with disabilities, the concerns and arguments against routine screening – and all its implications – can be heard far and wide. The implications of routine screening are that more and more people will abort anomalous fetuses with diagnoses, as well as fetuses considered to be at a higher risk for developing an abnormality. The follow-on implication is that women will increasingly feel pressured to abort, and those who do not will face undesirable consequences – including lack of support and discrimination.

These concerns are understandable. Ironically, under the pretense of personal choice and autonomy, our overall options will likely become more limited – at first through social pressure, then eventually perhaps through legislation. This is mere speculation of course, but these red flags should be explored with persistence.

Louise’s comment (on the blog post referenced above) rightfully calls into question the quality of prenatal counseling that is delivered with advanced prenatal screening findings. I believe that prenatal counseling is fundamentally biased, those biases are not presented transparently, and the informed consent process as we know it is a laughable concept – despite any particular clinician’s earnest efforts to present information neutrally. It’s lamentable indeed that some women feel coerced or persuaded by their clinician to terminate their pregnancies because of anomalies.

But as always, there is more to consider.

I’ve been reflecting on some of the additional arguments against screening which have nothing to do with the counseling issues I’ve described above.

My personal bottom line falls firmly in the ‘pro-choice’ camp. And it’s not just me: Canadian law permits women to obtain first trimester abortions for whatever reasons they see fit. Many of my fellow mom friends would agree in principle. So what do we do with the discomfort we feel, knowing that many women abort their fetuses with the exact condition our own children are living with? Some are deeply offended. Some want to shout, “But if she only knew what a joy this is, surely she would not abort!”  With no clear culprit in sight, blame is then turned on the clinician for not conveying strongly enough the possibility that raising a child with a disability might be a wonderful thing.

I won’t deny that a careful reading of some of my earlier blog posts may reveal similar sentiments, even if not expressed exactly that way. But my views have changed. I cringe that I thought it was a good idea to try and change hearts and minds, to try and rewrite a narrative about my own life that positions me as a winner in the genetic lottery, not a loser. (Today, I don’t feel the need to convince anyone of the value of my experience.)

But I do recognize the rallying cry – it’s a longing for community, a yearning to be brought in from the cold.  I had a deeply felt need for others to see that I had a desirable child. I was heartbroken to think others would not choose to bear a child similar to my own. Perhaps I wanted them to feel they were the ones missing out on something great, not me.

I openly acknowledge that most of the time, the work in caring for my severely disabled son was brutally hard and painfully isolating. And yes, it was also deeply rewarding in profoundly personal ways. However if no one else ever has the same experience, I will not despair – nor will I think that some kind of moral decay has gripped our society as women continue to make personal decisions about their pregnancies.

We each have our own personal heartaches and victories. Life is wonderful, cruel, indifferent.  Raising a child with a disability is not the only path to personal fulfillment. We should not insist that everyone must do it, nor should we try to convince anyone that they should.