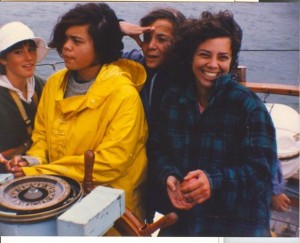 Me and the gang. Photo: Sarah Wollner Schleihauf

When I was a teenager, I sailed on a tall ship every summer. Toronto Brigantine is a sail-training organization for youth and operates two vessels: T.S. Playfair and S.T.V. Pathfinder.  During the summer, the ships sail the Great Lakes with its seamen and crew, often sailing continuously through the night and arriving at port only to refuel and for brief shore leave.  During the winter the crew members ‘earn their stripes’ on weekends – maintaining the sails, rigging, woodwork and mechanics, and learning the principles of traditional sailing and navigation.

I was a crew member of “brigs” through all my high school years. I sailed on both ships in the first year or two but my heart really belonged to Playfair; Officers are generally inducted into one wardroom.  I joined the organization as a lowly Seaman at 14, was promoted to Petty Officer the following year, then Bo’s’n the year after, then finally leaving at 17 with the rank of Watch Officer. During that time we sailed all 5 Great Lakes and trained hundreds of young seamen, grateful to escape the heat of the city but not so grateful to be scrubbing decks at 6am.  Like me, many learned to love it.

I came of age during my time at brigs – had the most loyal friendships I would ever have, and faced down my fears and insecurities one night watch at a time. 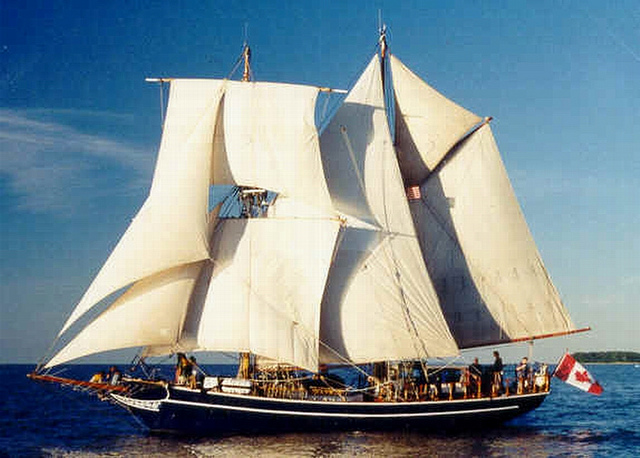 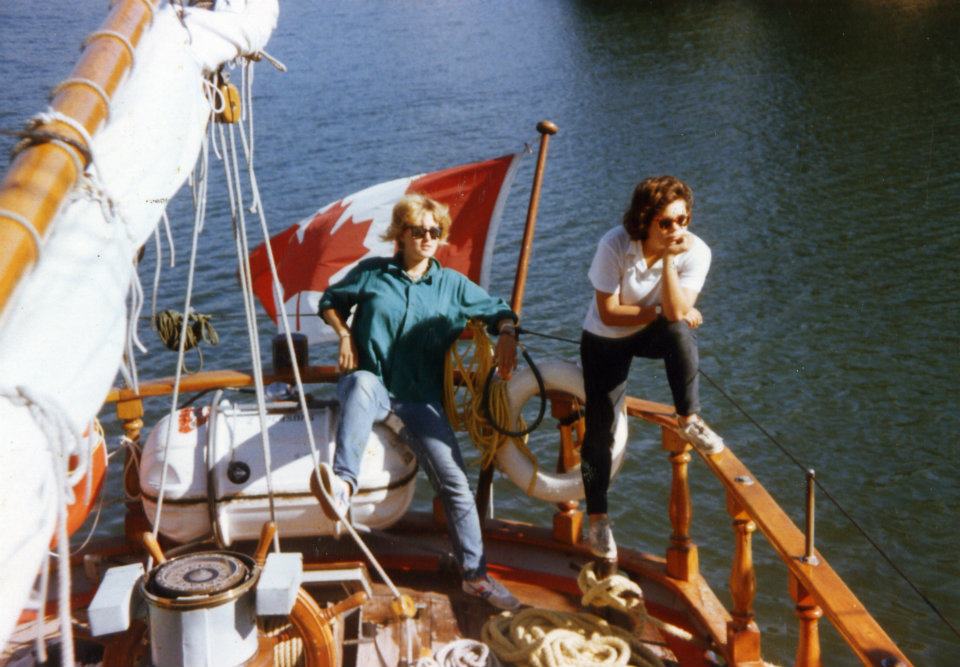 My best friend and me, hanging out back aft. Photo: Toronto Brigantine

We were a ragtag crew of youth from all walks of life, coming together with a passion for sailing, adventure and friendship. We got up to quite a bit of mischief, but thankfully we had two sets of influences keeping us more or less in line: military time-keeping, discipline and rigour; and 2 take-no-shit Captains who authoritatively ushered us into adulthood. 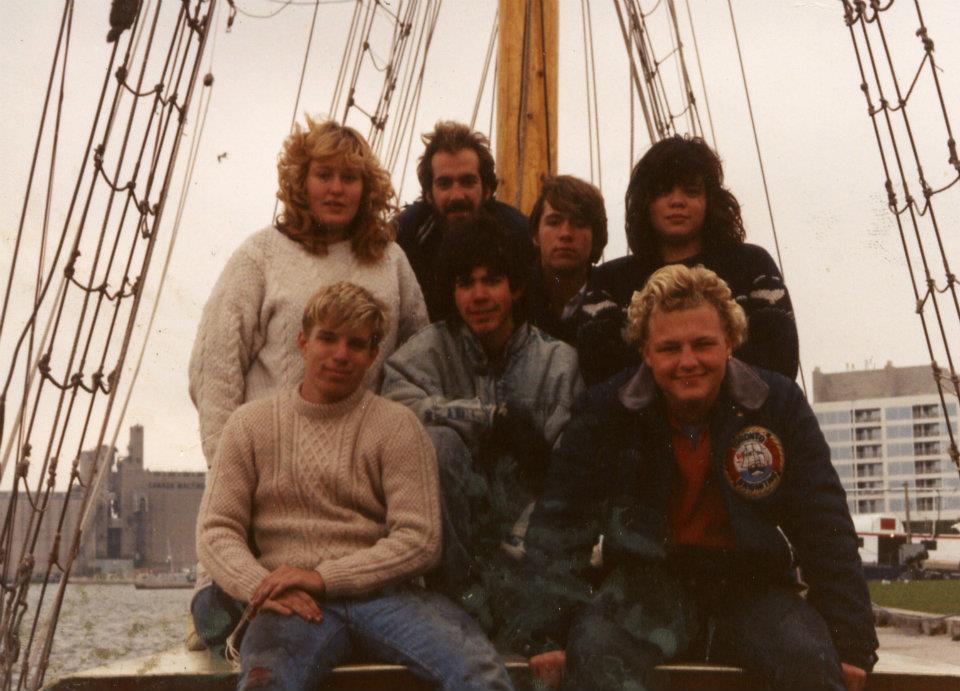 David Perry (back row, moustache) was our Captain on Playfair. He was just a few years older than us but his role on the ship (and in our lives) made him somewhat elusive and unknowable. It wasn’t until we all eventually left the program that this leader and mentor became a friend. I loved him – still do – in the way that one loves someone who was deeply influential during those rocky teenage years. He died about 15 years ago of a devastating cancer. I was honoured to deliver the eulogy at his funeral on behalf of our sailing community – and still carry a great regret that I didn’t visit him as he was rapidly dying. “Hopefully in the fall”, I said into the phone. He died before I got up the nerve to see him. 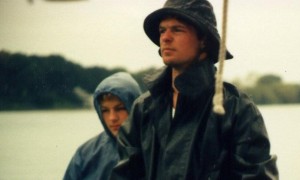 R Bruce Macdonald, was our Captain on Pathfinder. I didn’t sail with Bruce a lot but almost didn’t need to – his reputation was legendary. Fair, measured, stern yet good-humoured, he was a skilled and respected seaman. Captain Macdonald was the man we all sought to impress. I didn’t develop a personal connection with him after our sailing years in the same way I did with David, but through facebook we’ve kept in touch and I’ve been so happy to catch glimpses of his remarkable life.

While I’m still connected with some friends from back then, Bruce represents a different sort of bridge to the past. So when Carsten and I went to Vancouver recently, I was keen to see him again.

Bruce and his wife now live aboard the North Star of Herschel Island.  They bought and restored the ship to its former glory many years ago and have since raised their own children, fostered others, and homeschooled the whole gang while living aboard and logging many miles at sea. 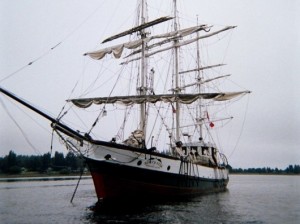 North Star of Herschel Island is the last of the sailing Arctic cargo ships. She is the only fully rigged ship in Canada, meaning that she crosses squares on each of her three masts. Sails can be handled from on deck and it is possible for the ship to be sailed single-handedly.North Star was built in 1935 in San Francisco at the Geo. W. Kneass shipyard and shipped to the Arctic aboard the 600 ton trading ship Patterson. She had originally been built for two Inuit fox trappers. She was used from 1936 to 1961 for transport of the winter’s catch of fur to market in early August and for transportation of supplies from Aklavik and Tuktoyaktuk to Sachs Harbour on Banks Island in late August and early September when ice conditions permitted sea navigation. Except for three winters frozen in the ice, each fall North Star was hauled onto the beach and launched the following spring using three purchase tackle and hand winched by the whole village over skids of freshly killed seals.North Star was left on the beach in 1961 when cargo flights took over the transportation and remained on the beach until 1968. She was purchased by her second owner in 1967 and refit for navigation in the Beaufort Sea. From 1968 until 1973 she was used for scientific investigations in the Arctic Ocean. Subsequent voyages included surveying the British Columbia Alaska boundary, ecological adventures, sail training and searching for mermaids.

North Star is the home of her present owners and is no longer a commercial ship but is now a private vessel. She is not available for charter. She is available as a way of educating people about Arctic history such as for school group tours and historical societies. There is no charge for this. She sometimes participates in classic and wooden boat shows. The ship is rigged, ready and capable of sailing anywhere in the world. 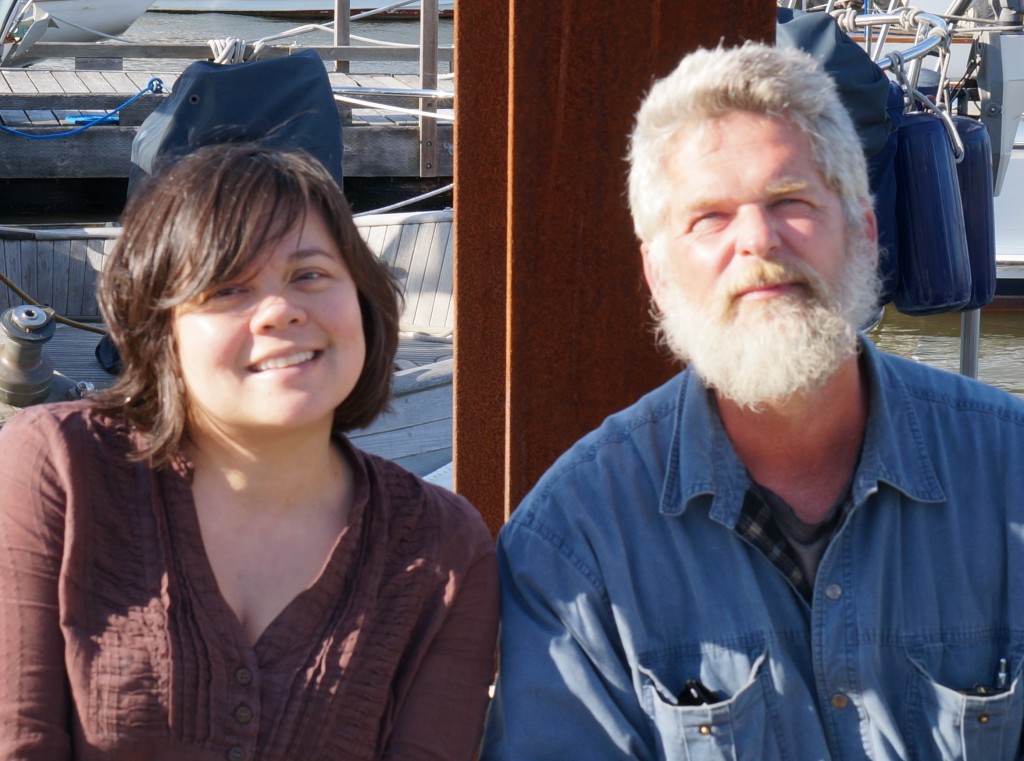 Amazing, right?  As a former (lapsed?) sailor, I loved the smell of oil and hemp, the sway of the decks beneath my feet, the rugged homeyness of the living quarters that can only be achieved through years at sea. And talking to Bruce again was. . . affecting. My heart was full as we boarded the water taxi back to mainland.

Hope you enjoy these pictures of my visit aboard the North Star. Please do check out the ship’s website and appreciate the Macdonald family’s preservation of an important part of Canadian history.

These photos are taken by Carsten and me, and reproduced here with permission from the Macdonalds. 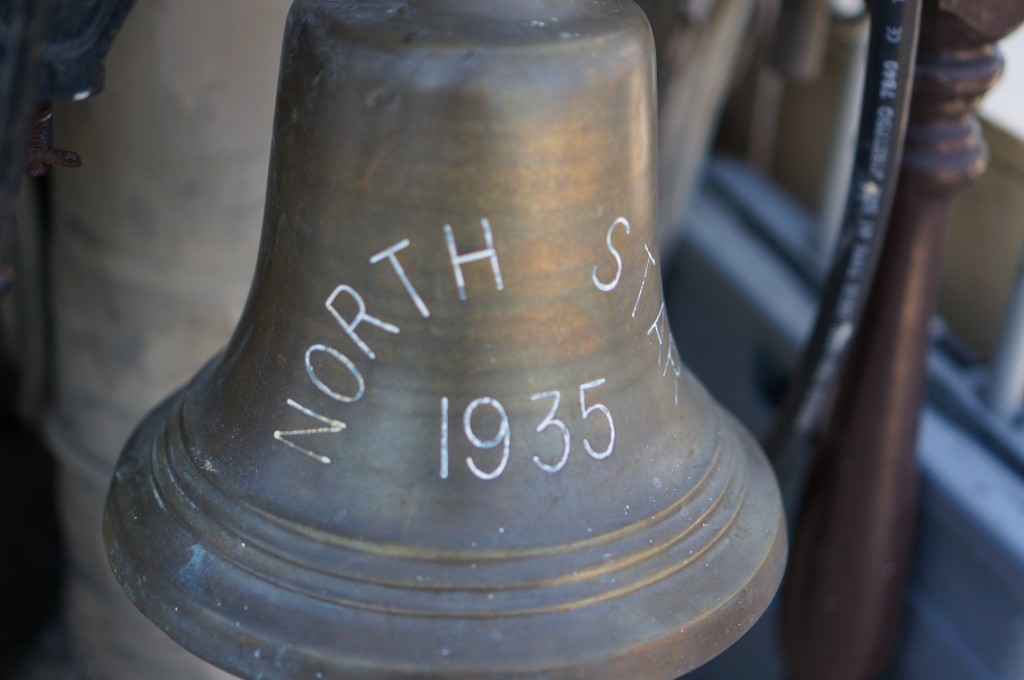 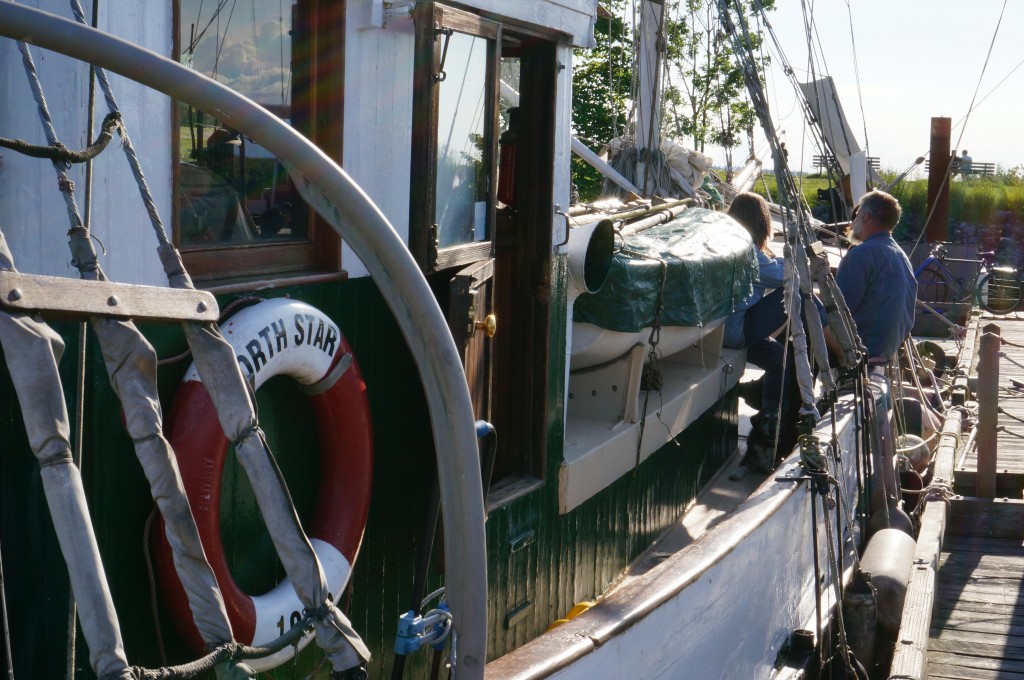 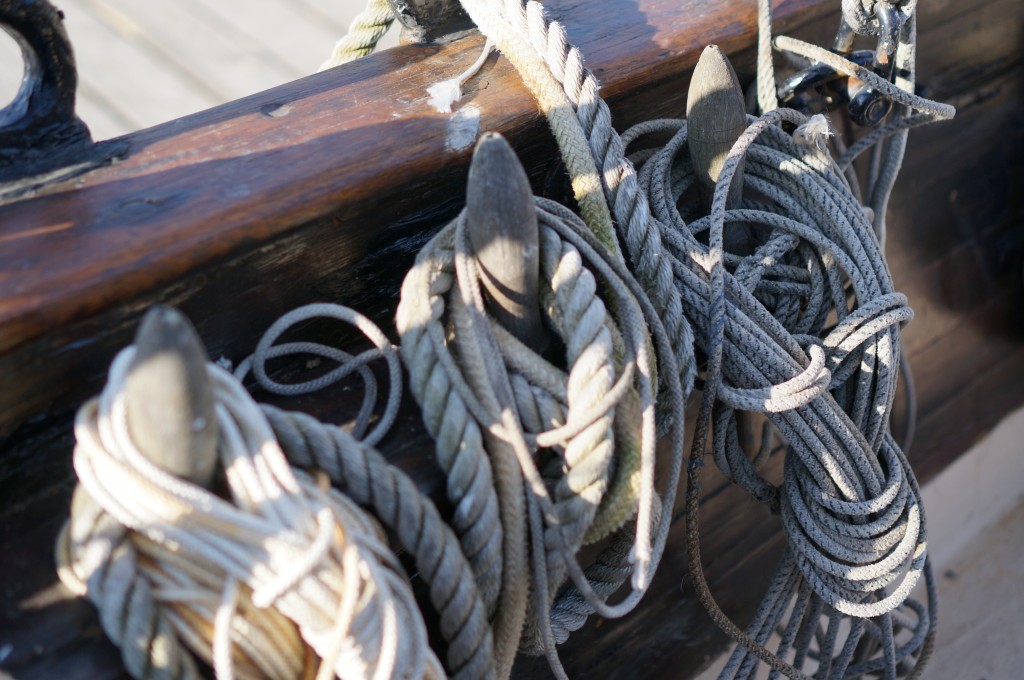 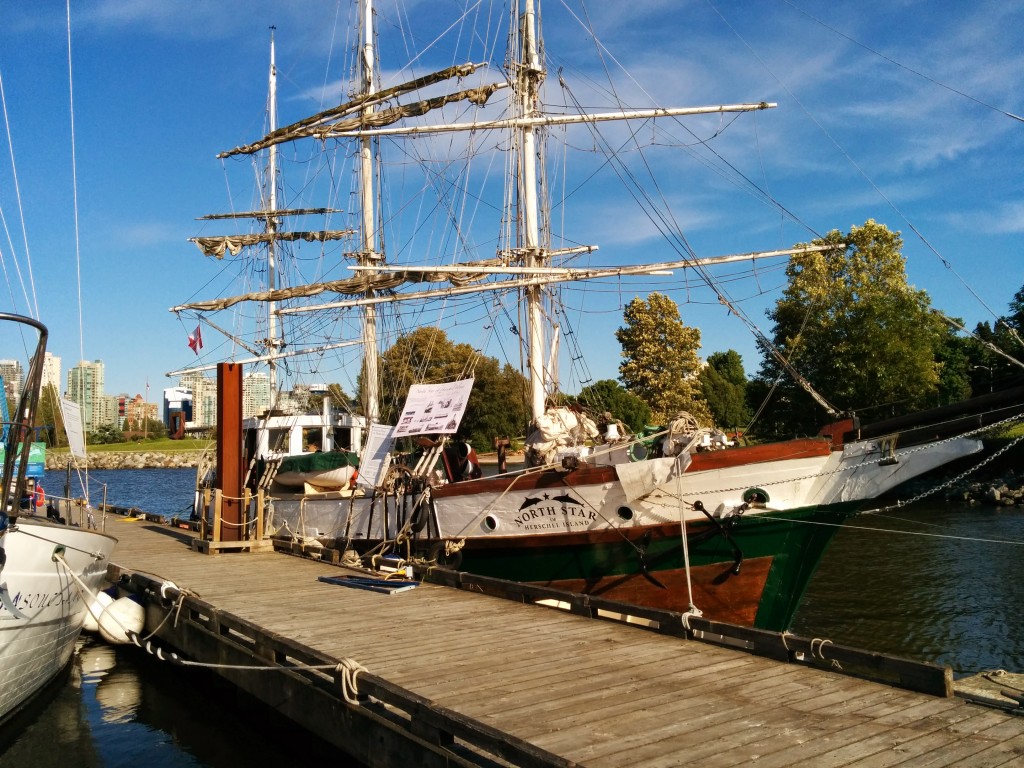 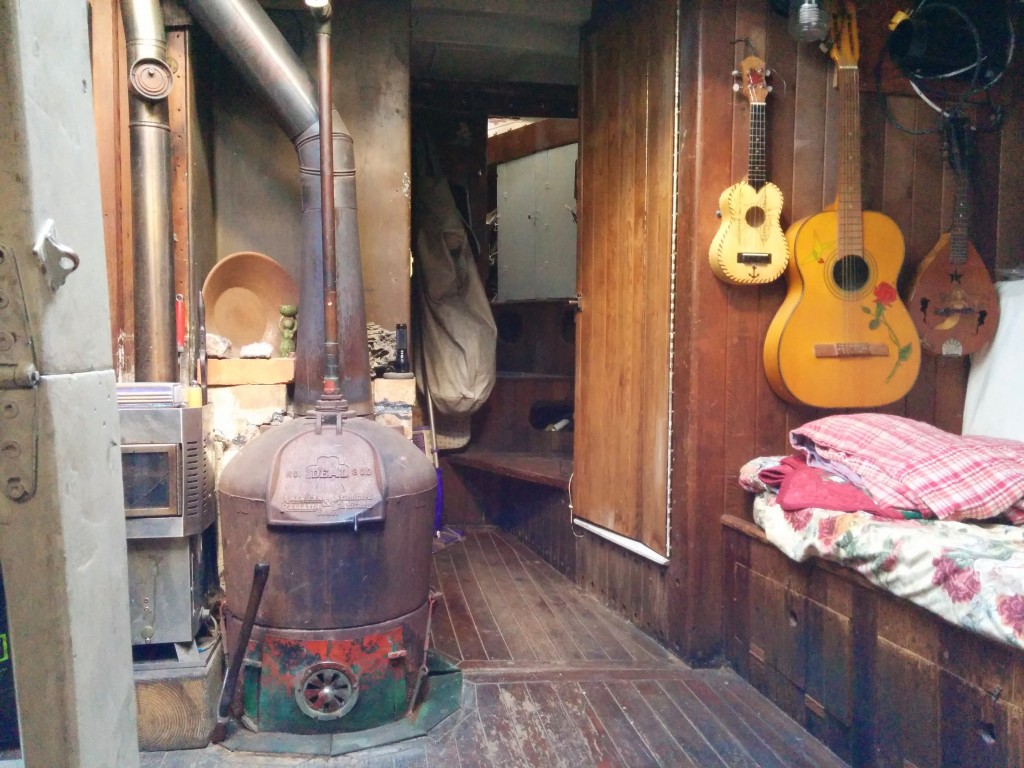 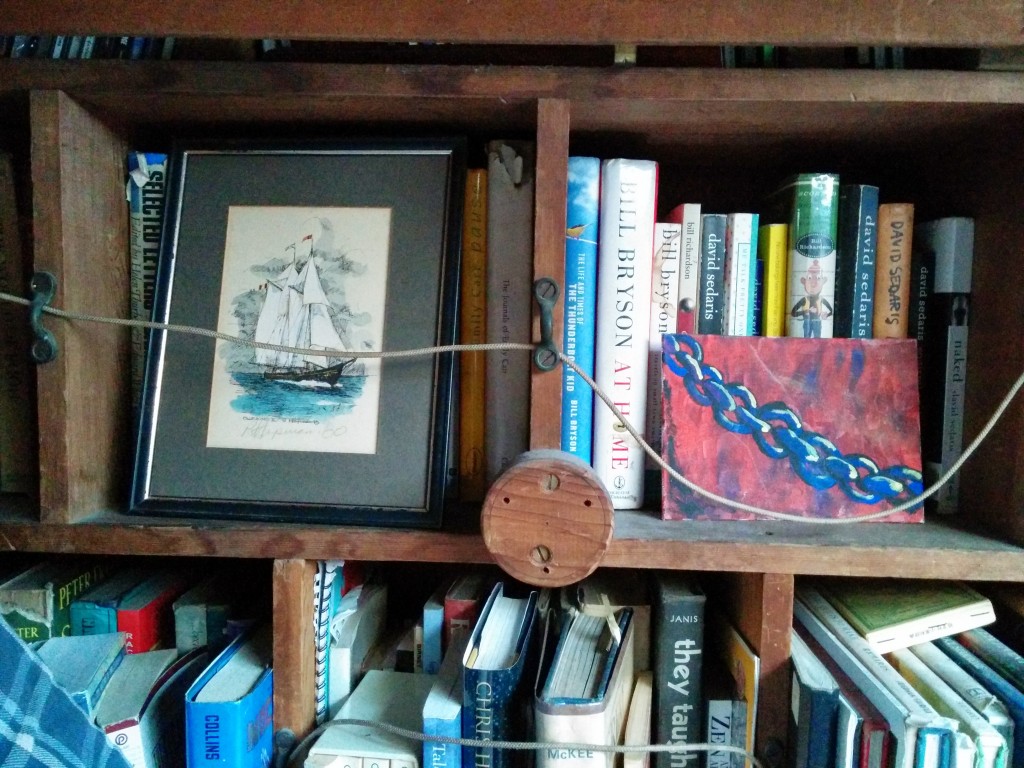 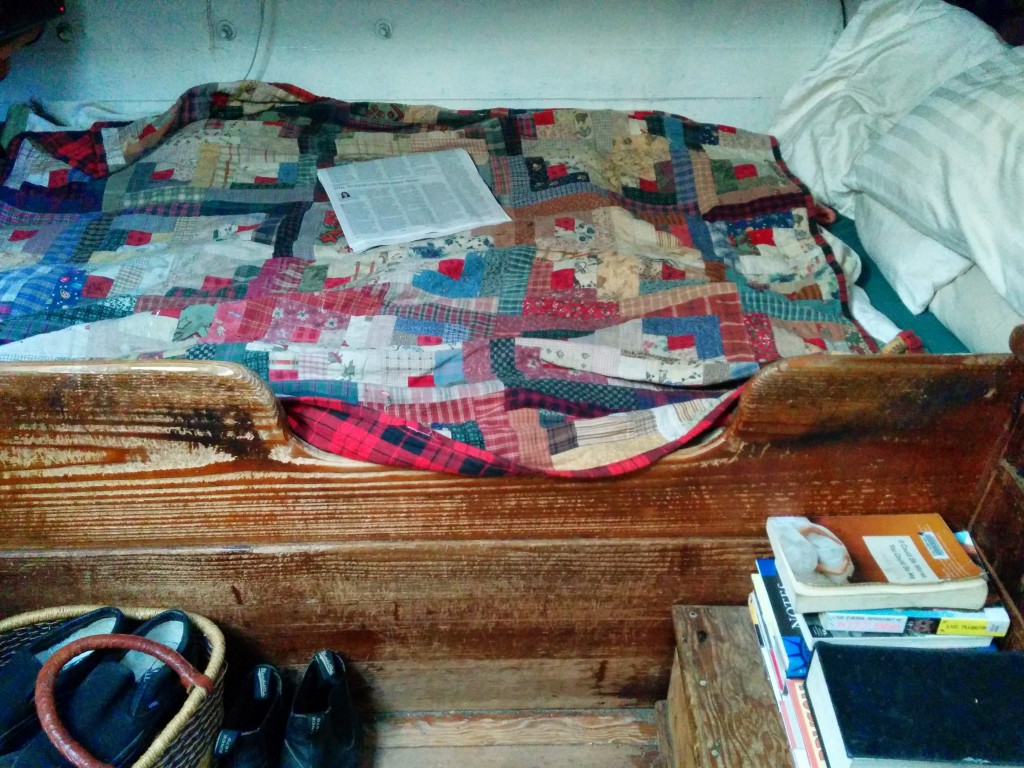 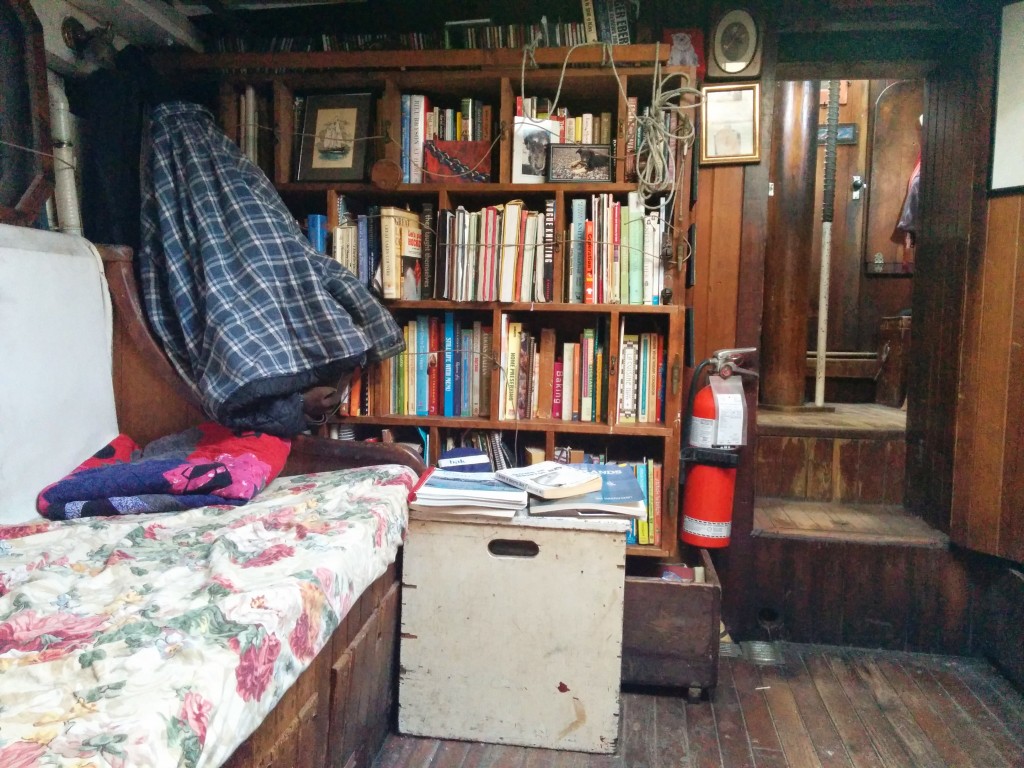 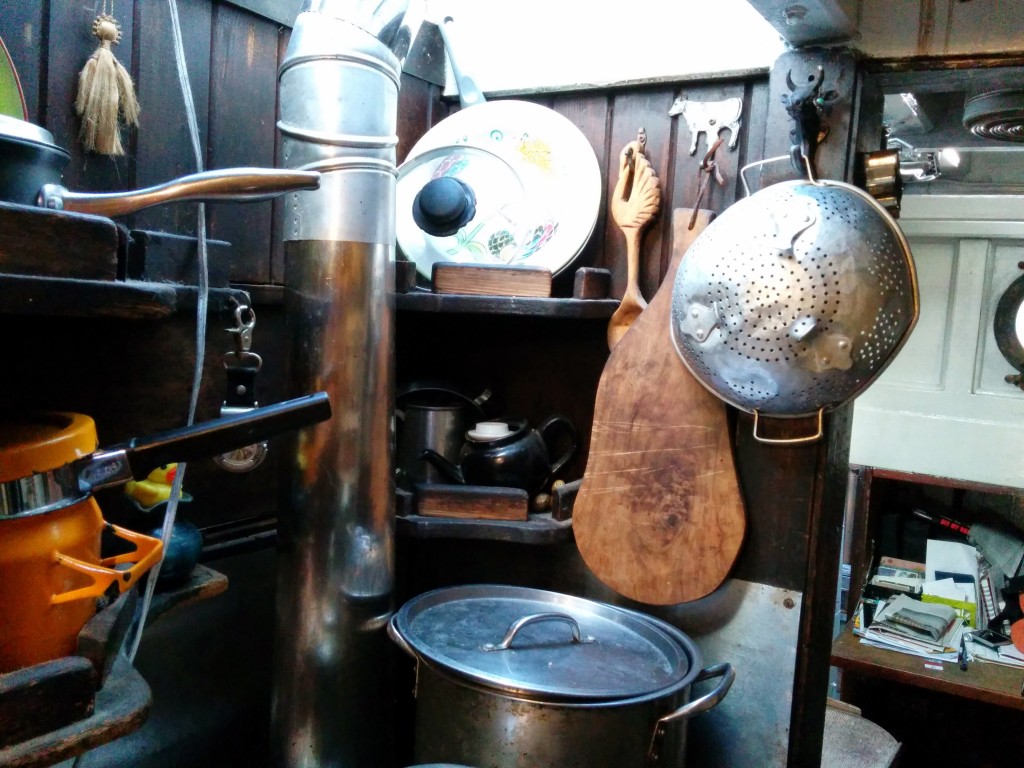