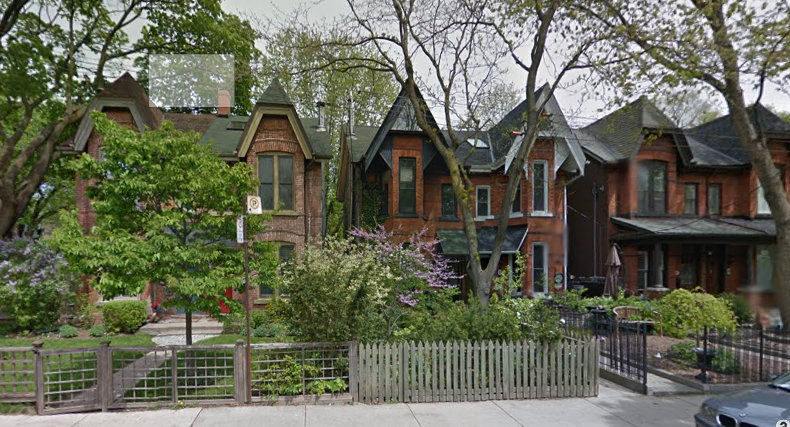 Our house was second from the left, with the red door. The image is from Google – it looks the same as I remember it, except for the fence.

Both boys were born when we lived on Pape Ave. It’s a very busy street north of Gerrard, but south of Gerrard it’s quiet, leafy and residential.  If you live in Toronto you know the neighbourhood as Leslieville.  (When I was living there, it hadn’t been branded yet – it was really just a stretch of streetcar stops along Queen, on the way to the Beach.)

It has gentrified considerably since we lived there – our home would have tripled in value by now, and we would be surrounded by mid-century modern furniture stores, boutique food shops, mommy meet-up play spaces and cleverly-named retro diners.

At the time though, Queen Street was still pretty run down.  Once, a neighbour heard burglars rummaging through drawers while they were home. We’d had our car broken into, and another neighbour returned home from a trip to find her parking space filled with dozens of abandoned tires. The larger park down the street was affectionately called “Crack Park”. And strangely, our neighbourhood’s charm was not only defined by economic status – our rich neighbours 2 doors down used to park their speedboat in front of their house, crank the tunes and invite their friends over to sit in the boat and drink.

Anyway, one or two coffee shops had sprung up by the time we moved but it would be a couple more years before the area became a ‘destination’.

I’ve been back a few times since we moved but never to walk around the side streets or to visit the parks or to contemplate that time in my life. Today was Owen’s birthday and I was looking for a place to stroll, so I went.  Call me sentimental.

It was a bit weird. I felt like a tourist in my own life, recognizing long-forgotten storefronts, seeing remnants of our old garden, wondering who still lived in which houses.  Everything was different but so familiar.

We moved away when Angus wasn’t quite one year old. We’d lived there perhaps a year when I became pregnant with Owen – so all in all we were there about 4 years. I have great affection for that house, that street.

Today, just like when I lived there, the Queen Street sidewalks were bulging with new moms and their expensive strollers. The demographic is a little different – they have more money now – but I recognized them. Each by herself, pushing a bright red buggy with rubber wheels and shock absorbers, balancing a coffee in one hand and phone in the other.  Looking both purposeful and leisurely at the same time – in some cases in the most painfully contrived way.

I was surprised at the pang of familiarity, tinged with pity. I hadn’t really identified with ‘normal’ moms before. Very few aspects of my boys’ early childhoods resembled others’.  I thought of myself as unique – I was in my own little bubble that surely no one would understand.  I was so, so busy with appointments and meetings that I didn’t have the luxury of play-dates and coffees and lunches.

So what was I relating to? I think I recognized the bewildered, fish-out-of-water existence. The boredom of facing yet another walk around the block. The panicky realization that it’s only 2pm and your partner won’t be home for 4 more hours. Sure, I enjoyed a part of each day – but the monotony and lack of social contact could be tedious and draining.

I guess some things don’t change – even if you add a brioche and a latte.

(I’ve included some phone pictures of things that haven’t changed at all. Look up ‘Leslieville’ to see a more hipster take on the neighbourhood.) 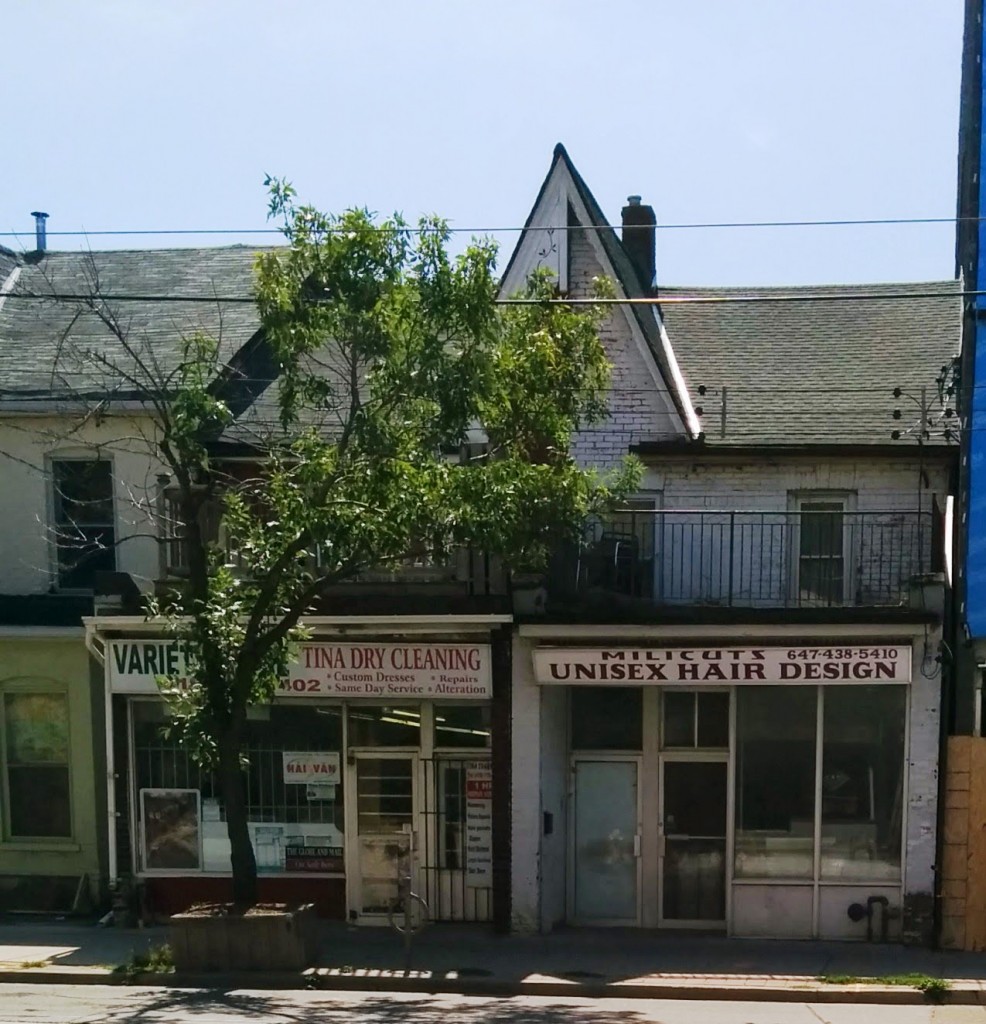 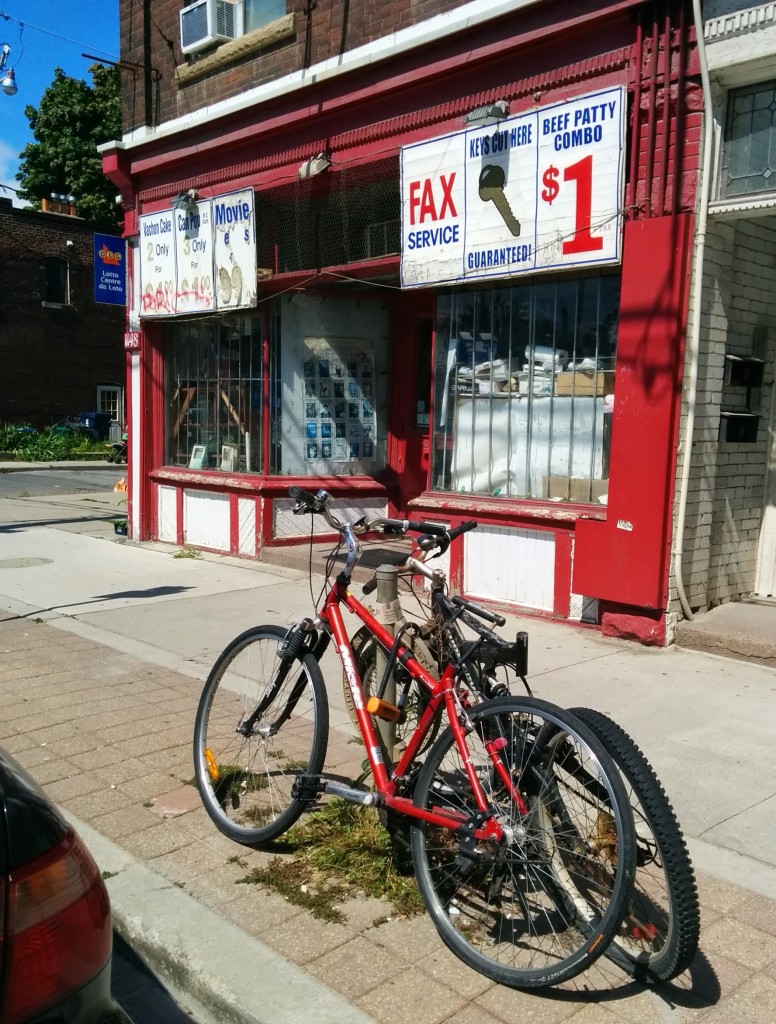 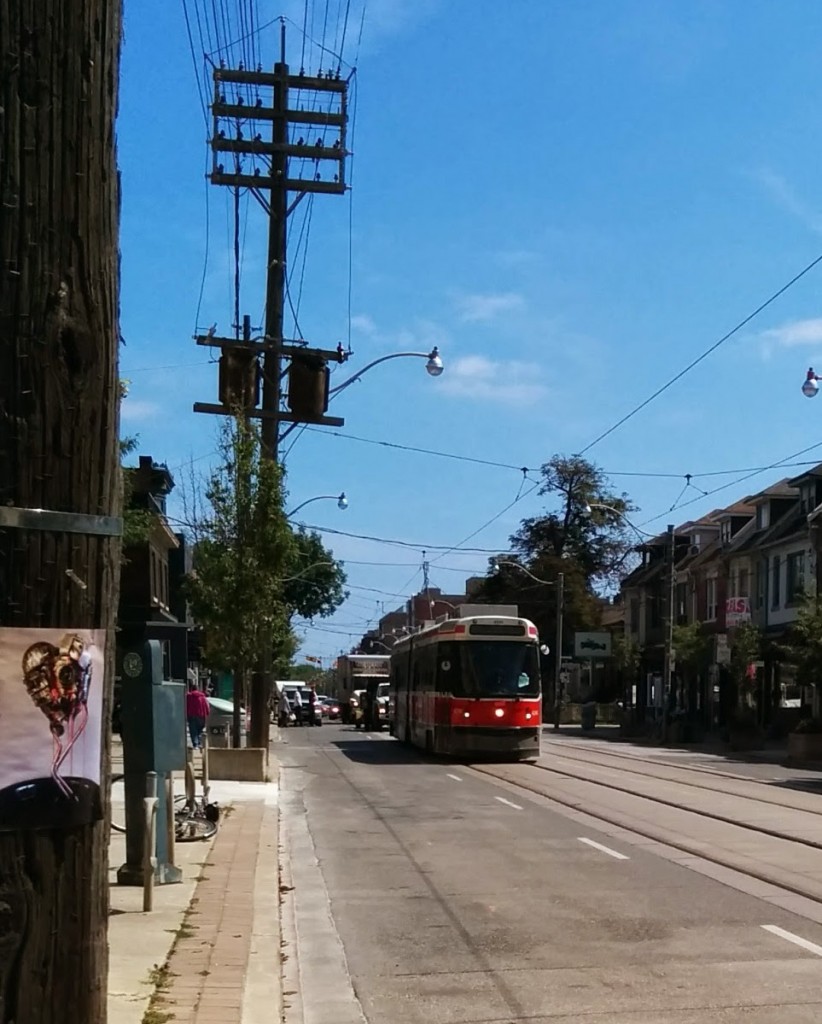 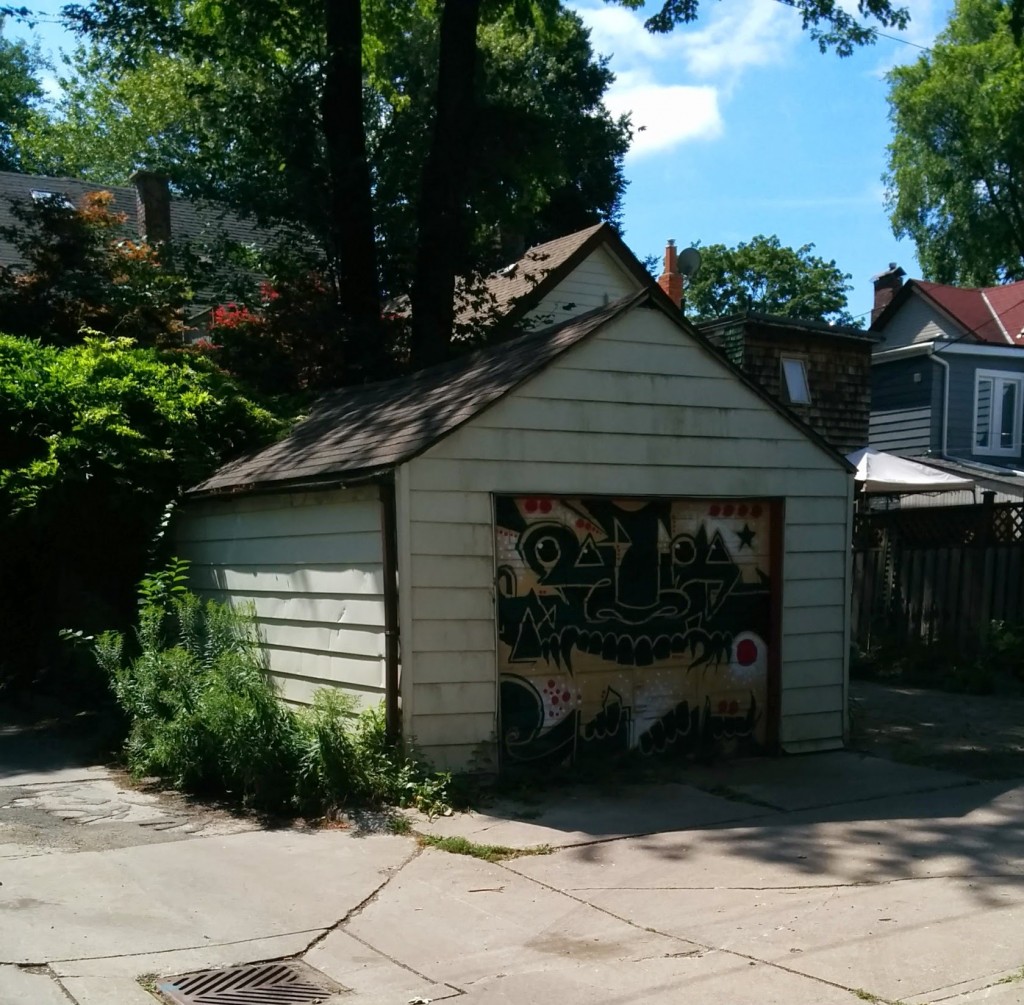 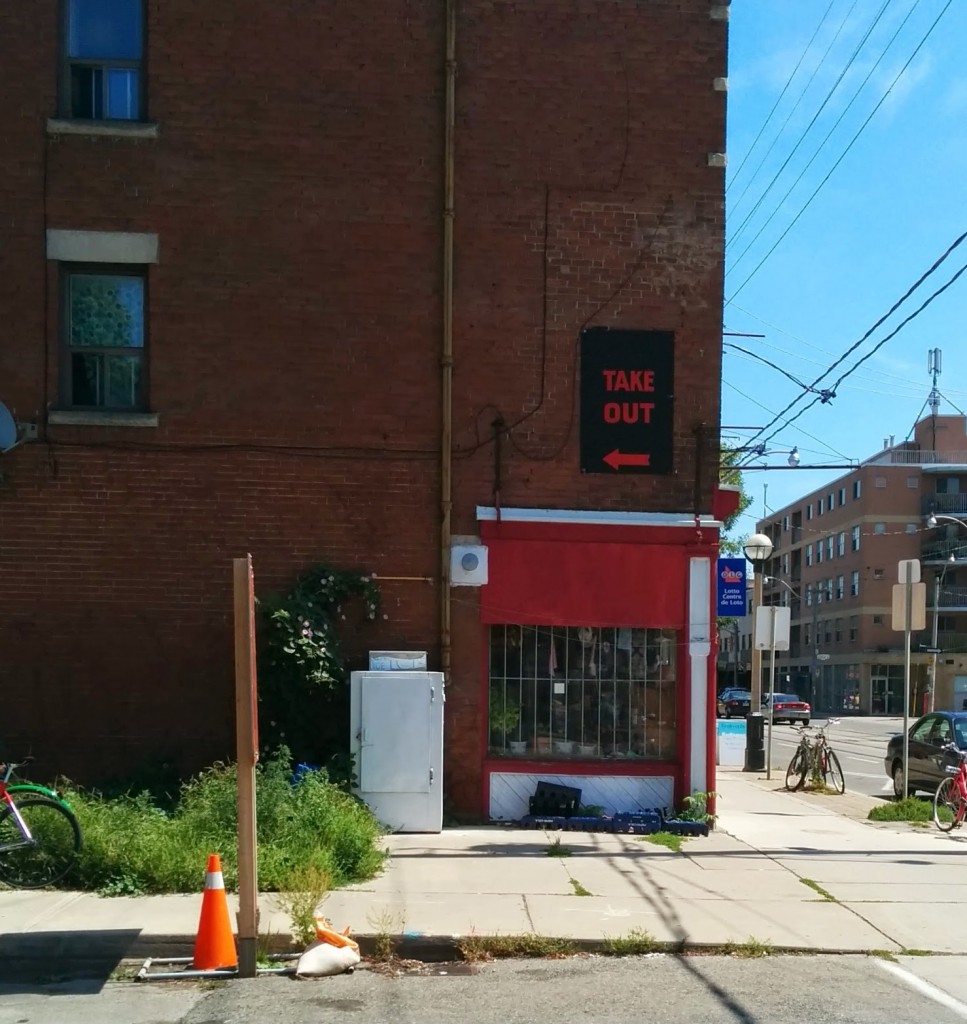 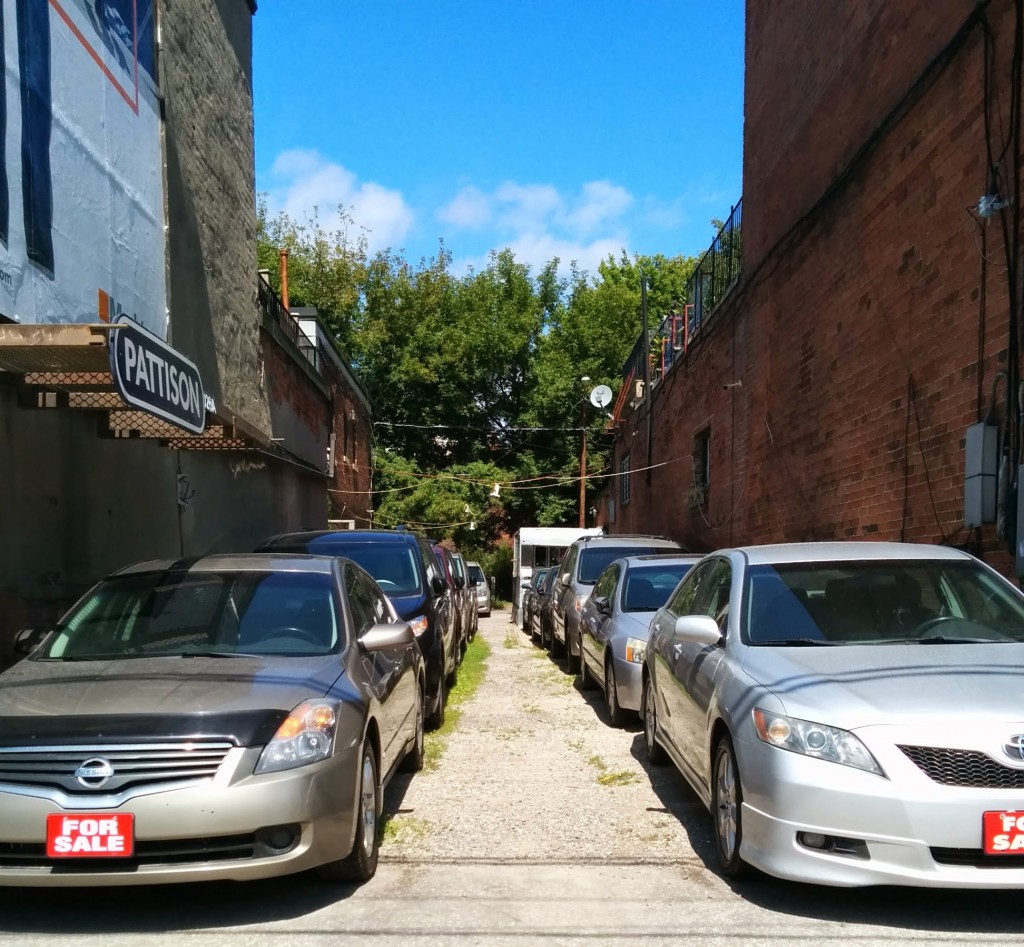 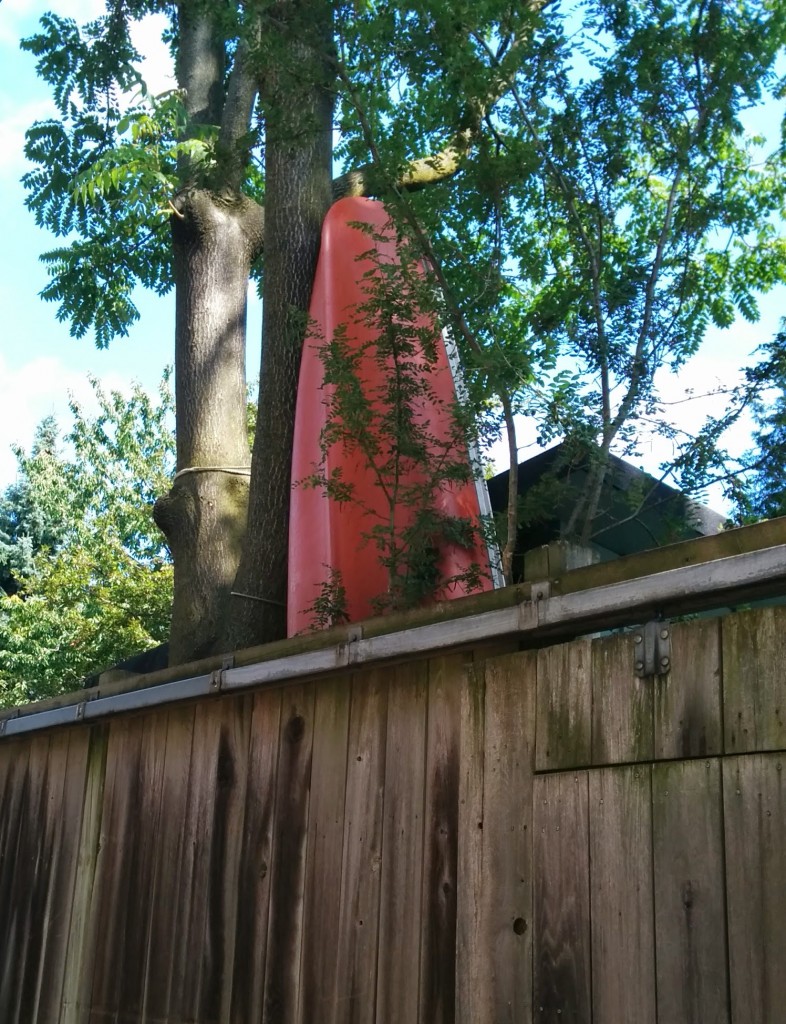 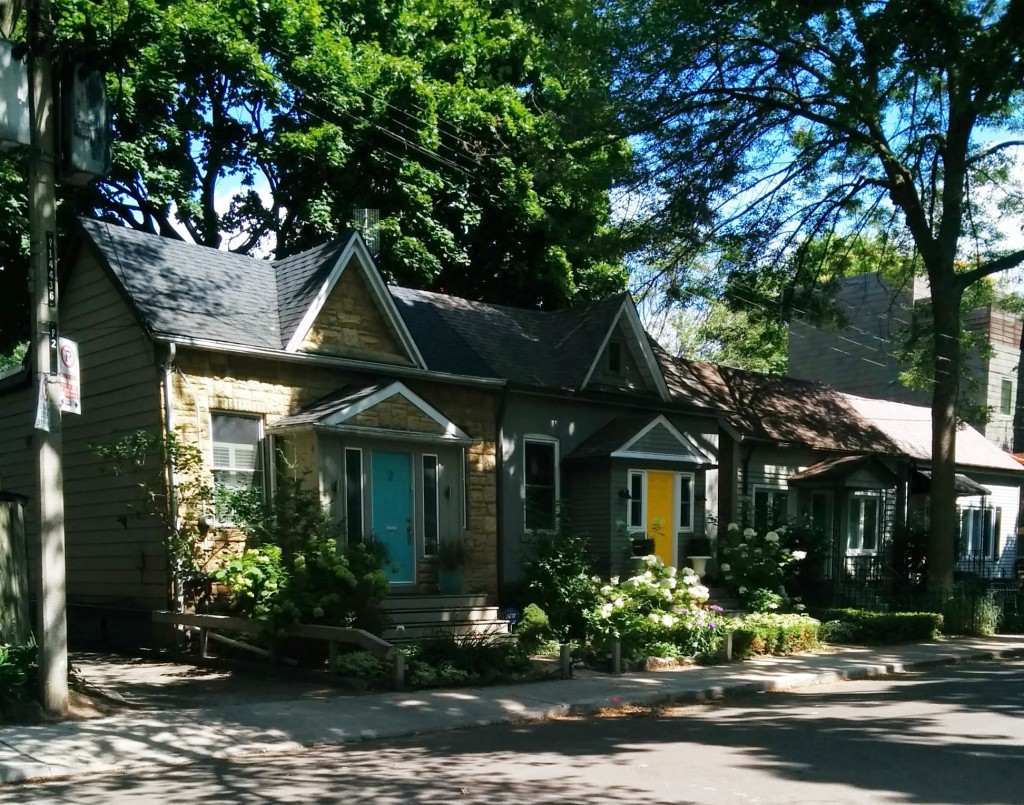 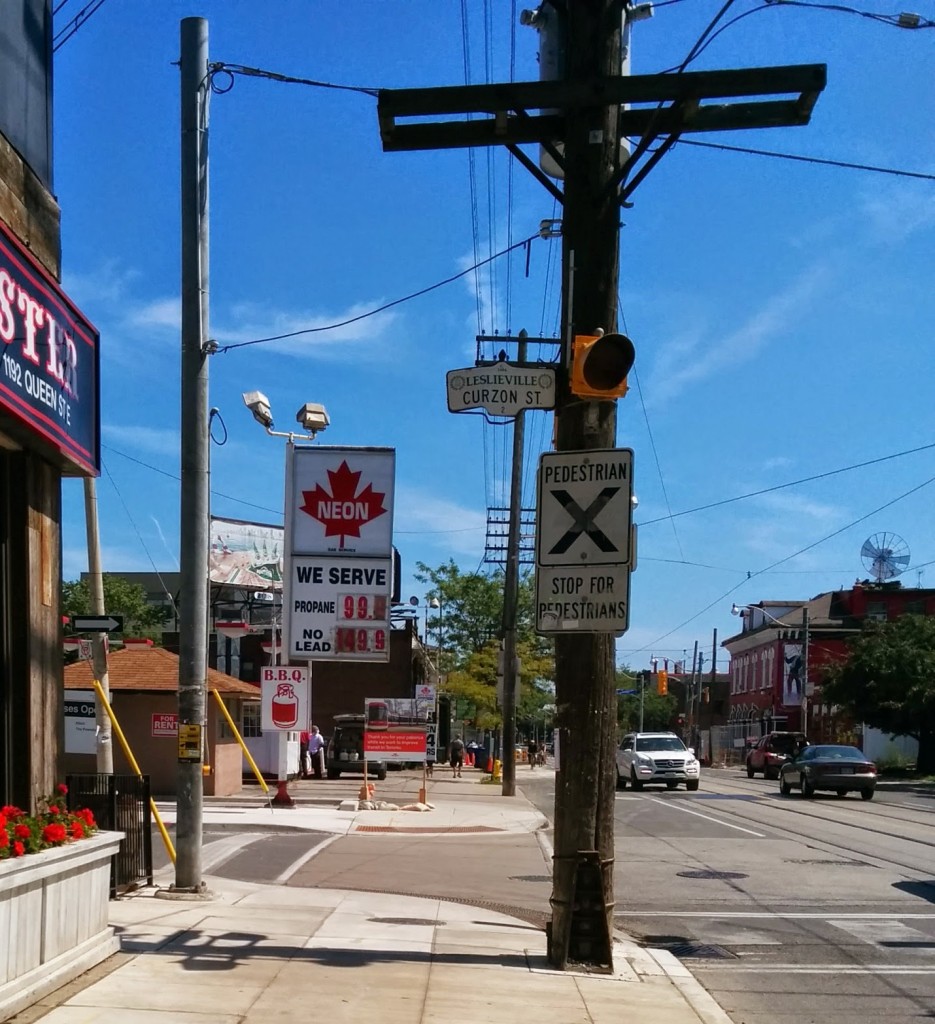