What is clinical bioethics? 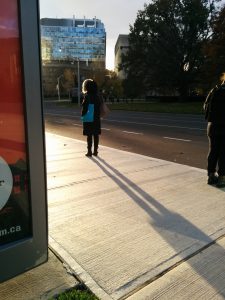 In my graduate bioethics program, we considered a range of healthcare topics in the context of our society’s ever-evolving moral and technological landscape – topics such as autonomy and consent, justice, equity, the allocation of resources, pandemics, emerging technologies, beginning and end-of-life issues, to name a few – all of which revealed a multitude of simultaneously age-old and contemporary moral dilemmas.  We had the luxury of contemplating these dilemmas in-depth, using clinical cases, applying critical theory, and understanding them in the context of policy-making.

Practicing clinical bioethicists, however, aren’t typically called upon to reflect theoretically on these matters. Instead, they are on-the-ground problem solvers and conflict managers – helping clinicians and patients navigate their relationships, priorities and values, especially when in disagreement with each other.  The nature of the work is interpersonal and tactical. Less about ‘how we ought to do things’ and more about ‘what should we do in this specific situation, given the current realities and constraints.’

I’m not sure how long it’s been this way. Clinical bioethics holds a fairly new role in the institution. Bioethics started as a cross-disciplinary academic pursuit that first provided advice at the government/policy level, then made its way to institution-level ethics advisory, and now also resides at the clinical level as a counselling and educational service. It first emerged in the ’60s and ’70s with its roots in civil rights movements, to help assert patient rights and evaluate and comment on the use of aggressive or invasive new or experimental technologies. It is considered an offshoot of ‘medical ethics’, which is more specifically focused on professional conduct than patient rights.

The Master of Bioethics program I completed trains clinicians and those who are otherwise employed in healthcare to apply bioethics thinking and practice in their work. Most of my classmates were doctors, lawyers, nurses, social workers, educators, chaplains, and researchers. Few in my cohort, I think, were hoping to be hired specifically as bioethicists. Particularly outside major city centres, dedicated bioethicists in the hospital may still be a novel idea.

For those who do seek employment as clinical bioethicists, job descriptions vary greatly. But from what I’ve gathered in recent years, clinical bioethicists seem to be broadly in charge of three things – moderating ethics committees, advising on patient capacity and consent, and easing moral distress. A hybrid of administration, risk management and secular pastoral care, with a heavy emphasis on the latter.  The idea of clinical bioethics now as some kind of civil or public resistance seems absurd – rather, it has settled nicely as a bureaucratic service defined and administered by the hospital.

Where is the critical thinking?

While these are important roles for someone to fill, I see little opportunity (or mandate) for clinical bioethicists to develop or even consider questions of critical inquiry. Such approaches are left to the social scientists and academics – philosophers, medical anthropologists, sociologists, historians.  They ask broader questions, such as who is in control? Who decides what’s fair? What assumptions are we taking as fact? What are the social and cultural levers that are manipulating these particular scenes? What are the historical patterns, what are the consequences, and where is this heading?

Based on my experiences caring for Owen and navigating our healthcare system, and now as a bioethicist, I find this to be a problematic gap. Why are these important questions left only to those other disciplines, especially considering their research or theses rarely impact clinical work?

I outlined why I think this is a problem in a recent lecture, where I aimed my critique at ‘patient and family centred care.’ In that lecture, I posit that initiatives under this moniker are inauthentic – particularly notions of patient autonomy and consent – if they don’t address the ways in which power structures actively disadvantage patients. What I didn’t say then was who I thought should fill this gap.

The problem in practice

Owen received the best that healthcare had to offer. We were treated well, communication was clear, we all conducted ourselves respectfully and courteously. And because he was so disabled and compromised, he received care quickly and without any undue resource constraints. Yet at the same time I felt an underlying uneasiness. Not while we were receiving acute care – those incidents presented an entirely different set of worries – but most of the difficult decisions we faced weren’t related to acute care. They were related to development, social interaction, family life, physical manageability, communication, or medications. Priority-setting for each of these was subjective and apparently highly flexible, influenced by cultural expectations, family and community, and of course recommendations from our healthcare providers. My uneasiness was due to a growing sense that I was experiencing healthcare as a campaign. That the machine of ‘pediatric rehab’ had an unstated agenda that no one person fully understood but in which we each had a part to play.

How did I suspect this? Primarily it was the sense that I was being ‘managed’ – not in a nefarious or even personal way, but in a systemic way. For example, I could often tell there were pre-meetings before our official team meetings. Our therapists would ‘get on the same page’ before inviting us to have an ‘open dialogue’. Discussions, while friendly, would get a little more rigid if I disagreed, and the tone would turn more persuasive. What should have been presented as one of several options was presented as ‘standard treatment’ (I’m looking at you, cochlear implant). And I was groomed for and played my part perfectly: I was an ‘expert parent’ – a partner in care! – who looked and acted the part by being engaged, well-researched, wholly agreeable and compliant, and I was praised and rewarded for doing such a good job.

The systemic path of trying to make disabled children ‘normal’ is so strong it took me years to recognize that, despite all of the work we did, few clinicians or therapists actually expected any progress. Sure, they may have hoped for it, oscillating between “You never know!” and a deep-rooted fear they’d be accused of giving up on a child. But in the end, it felt like we were performing work where the measure of success was not the outcome, but rather how hard we were working. Trying was all that mattered.

At no point did anyone invite us to reflect on our overall goals as a family, or to discuss realistic expectations of what Owen’s life might look like as he got older. (To be fair: minor variations of this discussion did pop up over the years, but only ever in the context of a particular discipline or therapy.) In some cases slight progress could be anticipated – but were decades of therapy and disruption going to be worth it? What were we really working towards? Our therapists and clinicians never once asked us this question. I had to ask it myself.

The bioethics movement, and why clinical bioethics should be more critical

I felt considerable relief when I discovered critical thinking in the context of bioethics because it gave me a perspective and vocabulary to better understand my own experiences. Today’s clinical bioethicist might assess our healthcare experiences and have no cause for alarm. Yet, through my developing critical lens, I question the ethics not just of individual recommendations and decisions (my own and others’), but the entire path as it was set out before me. Through it, I can see, that the nameless, unstated agenda was to do everything we could to normalize my child, and to never give up.  (By the way, I didn’t feel this pressure just in healthcare; it was an agenda I saw everywhere – at the playground, among my friends, in the provision of government services and funding, at school.)

The seeds of critique were planted at school, but it’s been Stuart J. Murray’s work that has been instrumental in further developing my thinking. I found his work on my own – he’s not well known in clinical bioethics circles. Murray is currently a Professor of English and Rhetoric at Carleton University, and is one of the few voices – academic or otherwise – providing critical commentary on bioethics. He is, among other pursuits, a Foucault scholar. Here is a passage from his introductory chapter to an excellent collection of essays:

[…] Bioethics has become what McKinnie (2004) has referred to as an “affirmative institution”: pro-capitalist, pro-technology, and pro-governmental. As M.L. Tina Stevens argues, bioethics has become a “midwife” to the implementation of technologies: “The bioethics ‘movement’ … assisted in transforming alarm over exotic technologies into a situation in which ethical experts manage problems—problems generated by technologies seen, ironically, as value-neutral in their creation” (2000, xiii). Consequently, critical questions that take account of power and its effects are virtually impossible to formulate, since these discourses have been neutralized and their language has been supplanted by the depoliticized Newspeak of the “ethical expert” and “manager.” Without an analysis of power and its complexities, mainstream bioethics is ill-equipped to consider social, political, or even economic issues in any robust manner. To begin to wage a critique, we must call into question and resist the reductive binary logic that tends to inform mainstream bioethics: theory/practice, mind/body, subject/object, nature/culture, and so on. Moreover, critics must seek to understand the many broader contexts—sociopolitical, socioeconomic, historical, cultural—that provide the conditions under which mainstream bioethical principles have become authoritative, if not hegemonic. Finally, critique will mean that we work together to find a conceptual vocabulary that will allow us to interrogate the “expert” authoritarianism of bioethics without ourselves adopting a simple antiauthoritarianism (see Murray et al. 2008). (Holmes and Murray, 2)

In other words, Murray’s thesis confirms what I am now discovering: the healthcare institution has co-opted bioethics to serve its own needs, and bioethics seems to have capitulated, as evidenced by its ‘affirmative’ stance. Murray calls for a revolution – what else could we call ‘waging a critique’ in the face of powerful and overwhelming bureaucracy?

Clinical bioethicists have yet to take on these questions, partly because it would require them to hold ground against corporate interests that would strongly prefer them to look the other way. They are rarely empowered to call out power imbalances, or to shine a light on who holds the reins, what’s at stake, who’s at risk, and who really benefits. And if they did so, it is unlikely the institution would welcome the message.

Murray’s proposed project – waging a critique – is formidable for many reasons. First and foremost, the institution doesn’t want critique – of itself or the culture in which it resides. As well, the push to professionalize bioethics has associations scrambling to define and promote the value of bioethics to institutions; bioethics cannot afford to position itself as an opposing force. Finally, clinical bioethicists are not necessarily trained to take up this task. In some cases, bioethics training is merely a one-day workshop. But even degree programs can fall short. If bioethics programs included more background in critical theory and promoted critical thinking frameworks as a routine part of training, clinical bioethicists would be far better prepared to identify opportunities to critique their surroundings, empower those who are disadvantaged, and advocate for change.

Imagine if clinical bioethicists were trained and enabled to recognize, name and even rebalance power dynamics – and could possibly do so within the confines of their salaried employment contracts. Could a more authentic patient autonomy then be within reach?